Composers included repeats for a reason, but many players choose to exclude them. This is irresponsible, argues Tully Potter, and shows a lack of imagination 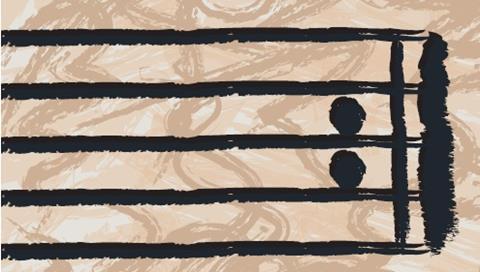 To repeat or not to repeat? Our forefathers, often encouraged by 78rpm and LP records that had no room for repeated material, used to hack Classical works down to their most basic forms. Listeners were thereby denied many delightful surprises like the second repeat in the finale of Mozart’s E flat major Symphony K543. Even today, musicians take it on themselves to omit repeats, alleging that any marked repetition was ‘just a convention’.

Yet there is nothing Haydn, Mozart or Beethoven wrote that I cannot hear twice, or even three or four times. I am enjoying a delectable recording of Mozart’s E flat major Divertimento K563, but I would like it even more if the performers played second repeats as well as exposition ones. If Mozart did not want a second repeat, he did not indicate one, as in the C major Quintet K515. That makes me feel that when he did ask for the second half of a movement to be repeated, he meant it. For years I had a vision of how the Allegro of the G minor Piano Quartet K478 should sound: all repeats observed, with the musicians holding back a little in the first statement of the development and recapitulation, then giving their all in the second statement. Finally I heard such a performance, with a composer – Benjamin Britten – at the piano.

To cut any of the repeats in Beethoven’s E minor Quartet op.59 no.2 is like demolishing a wing of Blenheim Palace because you cannot be bothered to maintain it. The lavish repeat scheme in the scherzo must be matched by similar lavishness elsewhere. The proof is in the Allegro of the previous F major Quartet where, rather than call for an exposition repeat, Beethoven launches a ‘repeat’ which turns out not to be one. Clearly, then, he wanted the repeats he did ask for. Haydn was phasing out second repeats by the time he wrote his op.76 set, so when he marks one in the ‘Emperor’ Quartet it is obligatory – especially as its last section is required to go faster ‘the second time’.

Players should consult manuscripts and first editions, researching performance practice. Why not repeat the outer section of a minuet or scherzo after the trio, as well as before it? The scholarly Festetics Quartet from Hungary has been doing this in Haydn to excellent effect. It is a 19th-century aberration to make a repeat only before the trio. In the minuet of his C minor Quartet op.18 no.4 Beethoven writes ‘Menuetto da capo’ after the trio but asks for the minuet to be faster ‘the second time’. If he had wanted a single faster statement of the minuet, as I have heard done (unconvincingly, because my mind retains the tempo from before the trio), he would have written ‘Menuetto da capo, più allegro, senza repetizione’.

I must admit, the mature Schubert writes at copious length. Everyone now seems to want the first-movement repeat in the C major Quintet, but I have not yet heard performances of his D minor and G major quartets where the exposition repeat has added to the overall impact. Perhaps I have heard only unimaginative attempts. For playing a repeat undoubtedly places an onus on the performers to make it interesting, perhaps even add decorations. Schubert’s contemporaries such as Johann Michael Vogl improvised decorations in his songs – did they not do so in his instrumental music? Certainly the odd ornament should be added to repeats in Haydn, Mozart and Beethoven. We know what a great improviser Beethoven was, and when Bridgetower threw in an extra twiddle as they were rehearsing the ‘Kreutzer’ Sonata, the composer was so delighted that he wrote it into the score. He would be the last to demand monkish abstinence in performing his music.

Dvorák lived to regret the exposition repeat in his Sixth Symphony. And considerations such as tiring the players may justify cutting some repeats in concerts. But especially in recordings, performers should respect the composer’s wishes. It is a failure of imagination and responsibility to omit a repeat just to make life easier. The best music demands full commitment – and a full performance.#

This article was first published in The Strad's March 2012 issue.