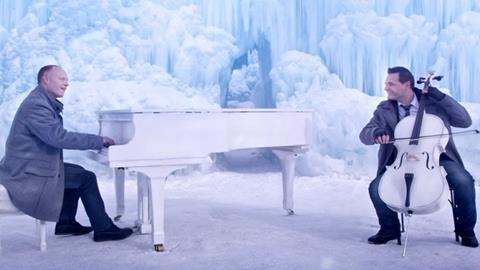 Cello and piano ensemble The Piano Guys have been confirmed as performers at the US presidential inauguration ceremony of Donald Trump this Friday.

The American group, which first gained popularity on YouTube with their classical and popular arrangements, have defended the decision to take part against widespread social media criticism in a blog on their website:

'We, too, are distraught and despondent over how divisive this chapter in our nation’s politics has been. We, too, want what’s best for everyone in this country. Those of you who know us, know we grew up as “nerdy† musicians and we experienced bullying firsthand. We abhor and decry bullying. You know that we honor our relationships with our spouses more than anything else. You know we believe women are Divinely appointed to not only equality, but also respect and chivalrous deference.

'Many have asked why we are performing at the Inauguration. First, you need to know that when we were invited to perform we made it a matter of serious prayer and deep soul searching.

'We’re not performing for politics or in support of one man or one woman. We’re just doing all we can to follow our hearts in the unconditional pursuit of making this nation, and this world, a better place for all people – to use our music, which is a small thing, to span divides, spread love, and displace discord with harmony.'

A  number of performers have publicly refused to perform at the inauguration of the controversial President-elect, including Elton John, Celine Dion, Andrea Bocelli and Charlotte Church.