The Italian violinist was 89 years old 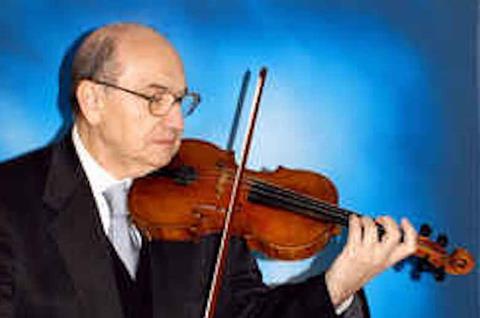 Enzo Porta was known for his academic rigour

The violinist, teacher and writer Enzo Porta has died in Bologna aged 89. Known for his academic rigour, the Milan-born violinist devoted much of his life to playing and researching contemporary music, and leaves behind a sizeable body of academic literature.

After studying with Franco Tufari, Franco Gulli and Alice Pashkus, Porta established a career as a concert violinist, performing in venues including London’s Wigmore Hall, Vienna’s Konzerthaus, Leipzig’s Gewandhaus, Berlin’s Deutsche Akademie and Munich’s Neue Musik among many others. He was concertmaster of the Haydn-Orchestra and at the Theatre in Bologna.

Alongside this, he maintained his passion for academic research and teaching, holding positions at the Civic School of Music in Milan, and at the Conservatories of Trento, Parma and Bologna. His particular area of interest was twentieth century music, and, over the course of his career, he collaborated with many contemporary composers, including Giacinto Scelsi, Armando Gentilucci, Franco Donatoni and Adriano Guarnieri, giving several world premieres of their music.

Commenting on Porta’s death, Miguel Simarro, professor at the Escola Superior de Música de Catalunya, said, ‘I was glad to meet Proffessore Enzo Porta a few times in Bologna. I enjoyed his lessons, and his detailed explanations about his lessons with Alice Pashkus during the 1950s. I will never forget his advice.’