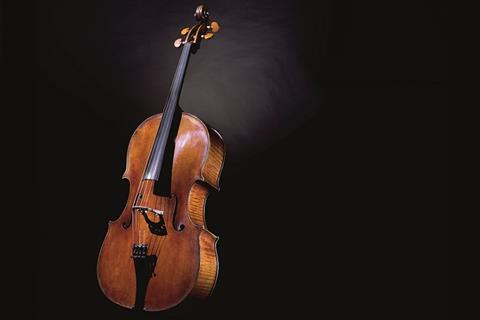 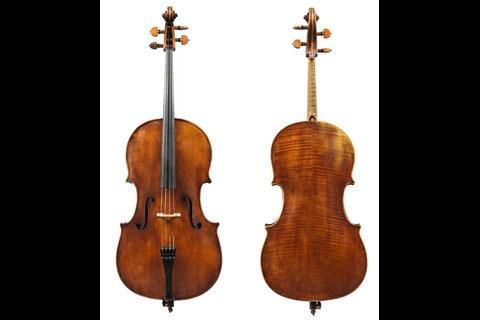 'Guadagnini’s varnish varied considerably depending on his location, and this dark, intense red-brown is characteristic of his Turin period, and still beautifully intact on this wholly remarkable cello' From the auction catalogue

Cello by Santo Serafin: 'The wood and varnish are quite breathtaking in quality. What is striking about the form is how much it resembles a scaled-up violin rather than a cello, with long and very elegant corners that almost seem a little out of proportion' From the auction catalogue

A sale of items from the private collection of Mstislav Rostropovich and Galina Vishnevskaya fetched a total of $5.3m (£4.2m) yesterday at Sotheby’s.

According to the auction catalogue, the Guadagnini was late addition to Rostropovich’s collection, being purchased in 2000. He ‘had it brought to his flat in Paris, where he merely plucked it briefly before declaring his intention to buy it’.

Apparently, he had always wanted a cello by the maker because his big break came at the age of 18 playing what he thought was a Guadagnini in the first Soviet young musician competition in 1945. However, when he left to settle in the US 1974, he took the cello to a luthier who ‘declared that it was mis-labelled and nothing to do with that maker, so Rostropovich promised himself at that point that one day he would own a fine Guadagnini cello’.

The Serafin cello is unusual for its violin-like outline with long and slender corners.