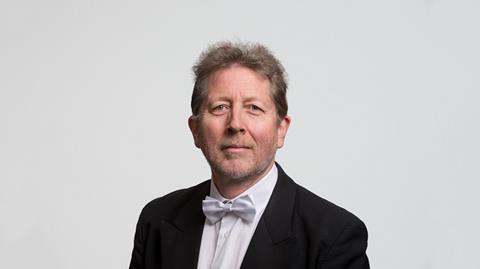 Peter Barber died suddenly on Friday 3 June, two weeks before he was due to go back on tour with the New Zealand Symphony Orchestra (NZSO).

In a statement on the orchestra’s website, Barber was praised for being ‘a staunch champion of the NZSO’ with an infectious positivity and enthusiasm which made him ‘a much-loved orchestral member’.

Throughout his career, Barber was known as a ‘trailblazer’ taking part in highly successful tours and ground-breaking initiatives. In 1982 Barber took part in an exchange programme between the NZSO and Tokyo’s NHK Orchestra. The recipient of the first Japan Foundation Scholarship, he spent four months with the 140-piece orchestra as the sole foreign player. Three years later he studied for a year in Germany under acclaimed violist Rainer Moog and with members of the Amadeus Quartet.

As well as serving as a member of the NZSO for 47 years, where he earned the title of assistant sub-principal emeritus, Barber also performed with the NZSO Chamber Orchestra, New Zealand Quartet, the New Zealand Soloists, Nevine Quartet and the Amazon Trio, alongside tutoring at the New Zealand School of Music – Te Kōkī.

In an interview recorded in 1996, Barber talked about juggling being a musician and a father: ‘The job is very good from a family point of view. It’s something you can share with the children because of the hours, and music’s a much healthier activity than many other professions or occupations, although the kids may get sick of hearing me sawing away for hours at a time.’

Barber’s passions also included singing and languages. He leaves behind his family: Mary, Jaqueline, James and Felix as well as many ‘deep and lasting friendships’ with his orchestra the NZSO.