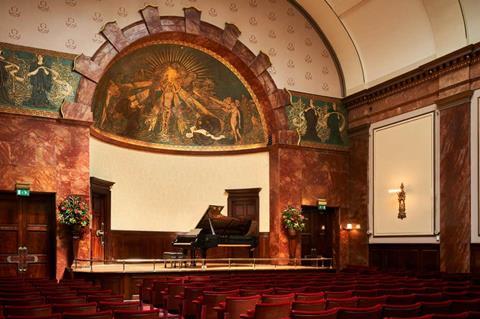 Plans for indoor concert venues in England to reopen over the weekend were left in disarray after a last-minute announcement by Prime Minister Boris Johnson on Friday.

Along with bowling alleys, casinos and skating rinks, concert halls were expected to welcome members of the public for the first time since lockdown began in the UK in March. Due to a recent surge in Covid-19 cases, however, the easing of restrictions has been delayed for at least two weeks.

Although a government pilot scheme has seen small audiences return to a handful of venues around the country, Johnson was clear. ‘We simply cannot take the risk,’ he said.

With a daily total of more than 4,000 new infections, the highest figure since May, there has been growing concern that England and the rest of the UK could be on the brink of a ‘second wave’ of Coronavirus cases.

Hours before Johnson’s message, London’s Wigmore Hall published the details of its plans for socially distanced concerts this autumn. Performances by artists including violinist Leonidas Kavakos, cellist Gautier Capuçon and the Arditti Quartet are scheduled to take place between 13 September and 1 November.

‘Further to the government announcement postponing previous permission for public concerts, all our programming plans remain for 80 concerts in September and October, which will go ahead even as empty-hall broadcasts,’ read a statement on the hall’s website on Monday. ‘This was always our plan B.’