The ensemble receives CHF25,000, alongside 13 other winners 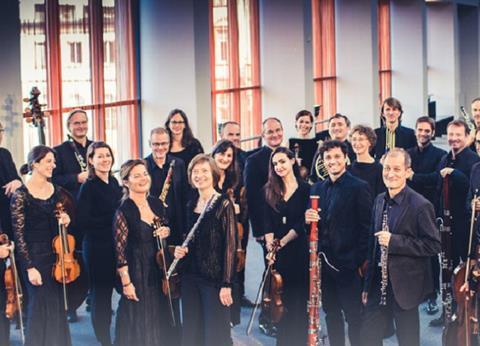 The Kammerochester Basel has won the Swiss Music Prize, becoming the first Swiss orchestra to do so.

The Swiss Grand Award for music 2019 of CHF100,000 went to the musician-architect duo André and Michel Décosterd.

Founded in 1982 as ‘Serenata Basel’ and renamed in 1999, the Kammerorchester Basel is known for its innovative approach to historically-informed performance. In awarding the prize, the Federal Office of Culture praised the orchestra’s ‘special vision of creating a classical orchestra beyond the longstanding institutions’; its ‘excellent programmes at the highest musical level’ and its ‘new forms of communication aimed not only at connoisseurs but also at children and amateurs’.

Previous recipients of the Swiss Music Prize include the violinist Patricia Kopatchinskaja - in 2017.