ABO and MU highlight lack of support for orchestral musicians

In an open letter, they point out that over 30% of self-employed musicians have been ineligible for the Self Employed Income Support Scheme 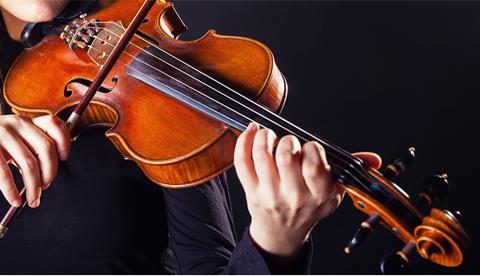 Responding to the Covid-19 pandemic, and the current situation of self-employed musicians, the Association of British Orchestras and the Musicians’ Union have written an open letter.

The Association of British Orchestras (ABO) and the Musicians’ Union (MU) have joined forces to express their deep concern about the lack of support for self-employed musicians during the Covid-19 outbreak.

Although the Government’s business support packages were initially welcomed by the UK’s orchestras, it has become increasingly clear that many self-employed musicians have received little or no financial support.

In fact, as research by the ABO has revealed, over 30% have been ineligible for the lauded Self Employed Income Support Scheme (SEISS). This is due to a variety of factors including being either new to the profession, receiving a majority of earnings through PAYE (a common problem for those working in music education) or as a result of being paid via a personal services company.

More than a thousand freelance orchestral musicians have had no earnings since the shutdown of concerts in mid-March 2020. Frighteningly, with restrictions such as social distancing likely to continue until at least the end of March 2021, these world-class musicians face a year of zero income.

The ABO’s findings are mirrored by a recent survey undertaken by the MU in September, which reports that a third (34%) of musicians are considering abandoning the industry completely, directly due to financial hardship caused by the coronavirus pandemic.

The research shows nearly half (47%) of its members have already been forced to seek work outside of the industry, with seven in 10 (70%) unable to undertake more than a quarter of their usual work. With furlough schemes coming to an end, 87% of musicians who were covered by the schemes say they will be facing financial hardship. As a result, nine in 10 (88%) believe the Government has not done enough to support musicians during the pandemic.

The ABO and the MU therefore are adding their voices to the campaign for the Government to implement additional targeted support for those self-employed musicians and other creative freelancers who, through no fault of their own, are unable to trade due to the continuing Covid-19 restrictions.

Horace Trubridge, MU General Secretary, said: ‘We have been working with the Government to try to ensure that all musicians are able to get back to work safely as soon as possible. But as things stand 70% are currently unable to do more than a quarter of their usual work. In the meantime, we desperately need the Chancellor to expand the SEISS to cover more than 20% of monthly profits and plug the gaps that mean that 38% of musicians are ineligible for the wage support schemes. We also urge the Treasury and the DCMS to allow Arts Council England to distribute some of the £1.57 billion dedicated to culture to individual freelancers, as the devolved administrations have done in Wales and Scotland.’

Mark Pemberton, ABO Director, said: ‘Those musicians who have been able to benefit from SEISS will see the third tranche of support fall to 20% of average profits for the period November 2020 to March 2021. This is simply not enough for the working musician to live on. And the word ‘working’ is moot. The purpose of the SEISS is to support “self-employed individuals who are actively continuing to trade, but are facing reduced demand due to coronavirus”. But due to government-imposed restrictions, musicians are prevented from trading, simply because concert halls across the country remain closed. This is particularly acute in Scotland, Wales and Northern Ireland, where venues remain forbidden from opening their doors to the public.’

When challenged on these matters by parliamentarians and the classical music industry, the Government’s response has been to point towards its £1.57 billion Culture Recovery Fund. But this is misleading. This Fund is designed to prevent organisations from going bust before the end of the financial year. It will not enable those orchestras that receive funding from the Fund to engage their musicians for paid work or support freelance musicians prevented from working by Covid-19 restrictions.

These are musicians in whom the Government has invested through its support of music education, via both primary school and music services, through to our world-leading specialist schools and conservatoires. They are highly skilled and often educated to Masters level. The implication that their profession is no longer ‘viable’ and they should retrain for lower skilled occupations, fails to recognise its contribution to culture, the UK economy and tourism, let alone the sheer joy and inspiration the musicians’ work provides to millions.

Jo Laverty, MU National Organiser, Orchestras, said: ‘We have been working flat out with orchestra managers across the UK to negotiate variations to union agreements and to vet COVID-19 risk assessments to ensure our musicians can get back to work as quickly and safely as possible. However, it is clear that it is not viable - from both a safety or financial perspective - for orchestras to be undertaking the number of performances or engaging the numbers of musicians required to deliver usual levels of work whilst reduced, distanced audiences remain in place and many venues remain closed. They are also unable to deliver the usual levels of crucial work in care settings and schools that is so needed right now. Two thirds of the MU’s Orchestra Section membership are freelancers who underpin the sector; many of our UK orchestras only engage the members of their orchestra on a freelance basis. These individuals cannot be forgotten or ignored by our government’s rescue package.’