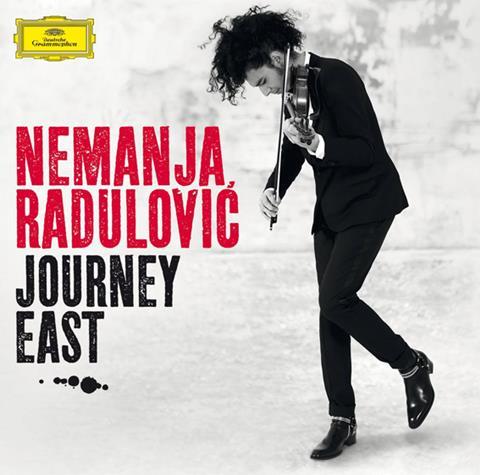 On his debut recording for DG, Croatian violinist Nemanja Radulović balances virtuoso posturing, famous film melodies and traditional tunes with unapologetic flair. The hook is the ‘East’, which here ranges pretty freely from the Balkans to Russia and much in between. Predictable inclusions – John Williams’s theme from Schindler’s List, Monti’s Csárdás and Brahms’s first Hungarian Dance – are leavened with less-expected fare, including a Khachaturian Nocturne and an excerpt from a Serbian soundtrack.

The overall feeling is light but enjoyable. Radulović’s playing is occasionally strident but he has a warm, full-bodied tone and the technique to master each of the pieces on this disc. He moves between styles quite naturally. Dvorák’s chanson ‘Songs My Mother Taught Me’ is breathy, and then soaring and vibrato rich; a rapid-fire Serbian folk tune is dispatched at speed but with no loss of rhythmic swing.

The arrangements, by Yvan Cassar (also responsible for the well-balanced, not too closely recorded sound), gather disparate parts into a sense of the whole. Whether with Radulović’s own ensembles or the DSO Berlin and Jurowski, the accompanying forces are varied (the cimbalom is a welcome inclusion) and elegantly deployed. This is a well-realised recording project.