Meyer: Sounds of Being 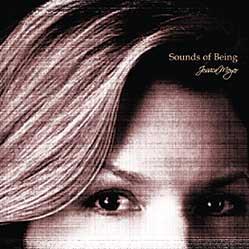 Making an album of new music for solo viola is a brave move. But New York violist and composer Jessica Meyer builds a sound world with each piece here, looping her playing to create a virtual viola ensemble (with occasional added vocals). What makes Sounds of Being a truly solo affair, though, is its inward focus on emotional experiences and the ways in which they can be represented in music.

Each track is attached to a question, philosophy or state of mind: ‘Source of Joy’, for example, explores that emotion with high, fluttering mixed bowed and pizzicato riffs. Despite the self-help tone, though, the mood palette presented by Meyer suits the viola well: the mournful tenor of her instrument is layered to create a timbre that reflects the sense of introspection.

Meyer’s music is inspired not only by the classical tradition but also by various world and folk music, most obviously on ‘Into the Vortex’, a virtuoso workout that fuses Appalachian fiddling and heavy rock, and the trance-like ‘Afflicted Mantra’. Elsewhere her compositions use both melody – most beautifully on the other-worldly ‘Hello’ – and extended techniques to mostly stylish effect. Most notable of all, though, is Meyer’s bravura playing, which, despite being occasionally obscured by the reverb-heavy recording, is by turns fierce and lyrical.