Ariane Todes recalls some fascinating conversations with the legendary cellist 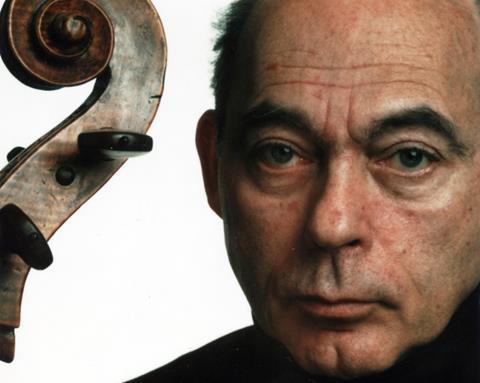 There are many wonderful things about my job, but probably my favourite part is interviewing players who I've always regarded as heroes. Several conversations with János Starker, by phone and email, rank among the most fascinating of these. He was always very frank – he didn't have time for false modesty, and certainly didn't beat around the bush trying not to offend people.

When I was interviewing various players about the concept of 'an American sound' he was typically forthright: 'There is no American sound. It is a British invention for those who play accurately and with discipline. When I was admired I was called the Hungarian virtuoso. When I was panned I was the American virtuoso. All those so-called American sounds came from Russians, Poles, Jews and such. The English used to say that Heifetz had the American sound, but what kind of American was Heifetz? There are those with recognisable sounds as individuals, although today most players sound the same – but nationality plays no part in it.'

He also had a controversial view about Jacqueline du Pré, as he told me when I interviewed him for our Cello Heroes special issue: 'The first time I heard Jacqueline du Pré was on the radio in a car, playing the Elgar Cello Concerto. I said to the driver, 'Whoever this person is will not live very long.' I made this statement somewhere and all her friends got mad at me, but it was factual – someone who exerts that sort of intensity consistently will destroy their nervous system. I was saddened when she was struck with MS. She was an outstandingly effective and dedicated performer, but whoever has that sort of intensity cannot last for long. Exerting unbroken intensity can be very appealing to the public, and obviously it was, as she was successful, but in my mind, you're supposed to play music – you're not supposed to work. You have to approach instrumental playing with all the power that's available but use as little as is necessary.' You only have to watch videos of Starker playing to see him putting this into practice.

To read a full feature interview with the great cellist, from 1988, click here.

Did you meet János Starker or study with him? What are your memories?