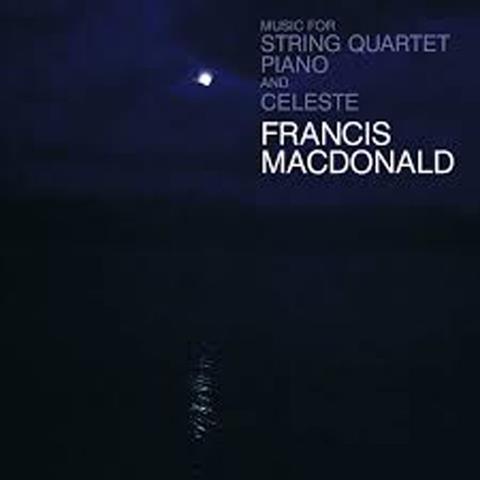 Francis Macdonald is a Scottish film and television composer, as well as drummer with Scottish alternative rock band Teenage Fanclub. This set of instrumental pieces draws from minimalism, ambient music and, less directly, Scottish folk. The string quartet recruited by Macdonald for the project comprises members of the Scottish Ensemble and experienced orchestral players, and contributes well-balanced playing to the composer’s simple soundscape.

Undulating piano arpeggio figures and long string lines are the chief ingredients of this music, though there is occasional variation, for example the warmly played cello solo that opens ‘Ghent’ or abrasive, rhythmic ensemble-playing on ‘Triet for David Hockney’. The resulting effect is open, tonal and ambient but mostly in a pedestrian rather than an intriguing way. Though themes occasionally bloom – as in the quite beautiful ‘September Weekend’ – Macdonald’s compositions lack the tension of composers such as Glass or Pärt. The sound quality is excellent, with reverb to suit the style of music. But while it might make an evocative soundtrack, Music for String Quartet, Piano and Celeste does not have enough on its own to hold the listener’s interest.