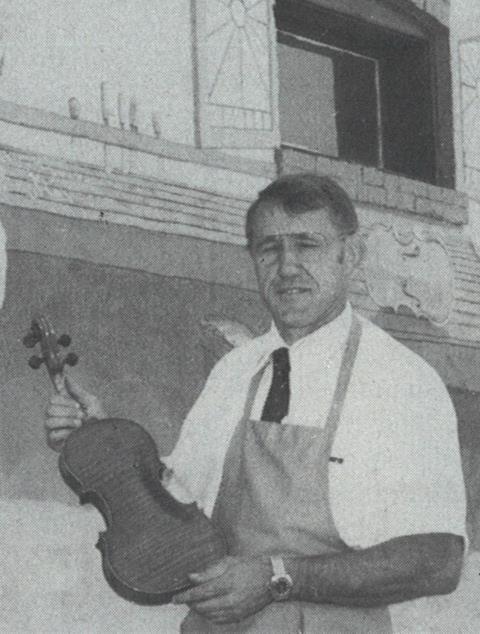 Peter Paul Prier, the German-born US luthier who founded the Violin Making School of America, died on 14 June at the age of 73. As a luthier, Prier made more than 200 instruments during his career, with Yehudi Menuhin and Daniel Heifetz among those playing his violins on stage.

Prier was born in 1942 in the German town of Neumarkt in Schlesien (now Ššroda ŠšlÄ…ska in Poland). He trained as a luthier at the Mittenwald School of Violin Making and emigrated to the US in 1960, having been offered a position as an instrument repairer at Pearce Music Co in Salt Lake City, Utah. He also played the violin in the Utah Symphony as he saved enough money to start his own business, which he opened in 1965. Seven years later he began his own violin making school, initially with just four students.

‘After I opened my own shop, ambitious young people were constantly asking to be taken as apprentices,’ Prier recalled in a 1985 interview with The Strad. ‘At the same time, the worldwide market for fine new violins was increasing by leaps and bounds as the proportion of old “name† violins, violas and cellos grew ever smaller... At first the student turnover was devastating. Our drop-out rate ran to 80 per cent as students discovered that our craft is not as easy to master as they had thought. But I was determined to see it through.’ Among the contemporary American luthiers to have been taught at the Violin Making School are David Gusset, Guy Rabut, Jim McKean and Sam Zygmuntowicz.

In 1998 Prier also founded the Bow Making School of America, and six years later opened the Salt Lake City Recital Hall, a small venue intended to give a performance space to young and up-and-coming musicians. In 2010 ‘When Trees Sing’, Prier’s comprehensive guide to violin making, was released on 15 DVDs. He was a member of the French Entente International des Maîtres Luthiers et Archetiers d’Art and of Germany’s Verband Deutscher Geigenbauer. In America he was a founder member of the American Federation of Violin and Bow Makers.

In 1985 Prier gave The Strad his views on the ‘secrets’ of lutherie: ‘The old Italians were simple, unsophisticated men who shared their knowledge with the family and community. Other families obtained materials and varnish from similar, and often the same, sources. It is we who seek out these alleged mysterious secrets that never really existed. Perhaps they used a pre-varnish sealer different from our own, but it may be that some moderns have already duplicated it. Time will tell after the new instruments have fully matured. In any case, I cannot believe that the ancients conceived their sealer as a secret.’