The secrets of the Brescian lutherie tradition

While the Cremonese making tradition has been well documented, that of neighbouring Brescia has remained mysterious. Evan Davenport examines the available evidence for clues to the working methods of the region 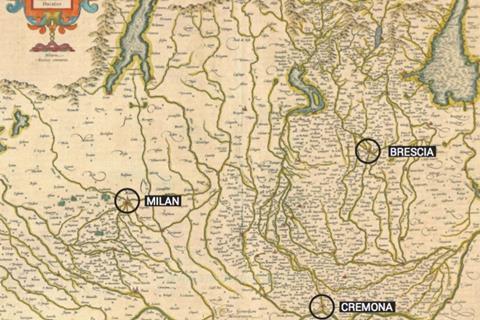 Lying around 30 miles north of Cremona, the town of Brescia witnessed an explosion of activity in stringed instrument making during the mid-16th century. While its southern neighbour developed its own making traditions, spearheaded by the Amati family, Brescia saw its makers’ work evolve almost independently, with differing historical circumstances leading to a distinct making style.

Additionally, the influence of this Brescian style appears to have had a far-reaching effect across northern Europe: instruments made in England, Germany, Poland and the Netherlands visibly share characteristics of the school. Hence, not only can the instruments of this school tell us a lot about the early days of instrument making, but they are also key to understanding the development of lutherie much further afield. 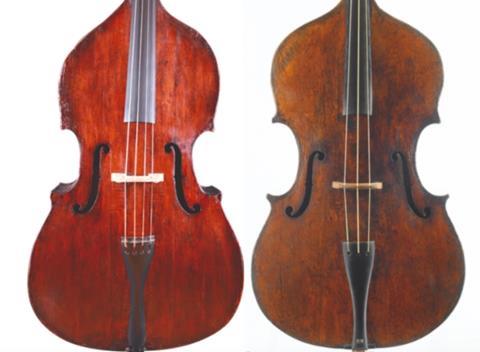 Instruments by Brescian makers. Left: a bass possibly made by Zanetto Micheli; right: the famed Gasparo da Salò once owned by Dominico Dragonetti

As is shown by the various authors of the 2008 work Liutai in Brescia, instruments of this school share several characteristics that allow us to identify them, from their makers’ choice of material to their aesthetic decisions and methods of construction. Piecing together their historical evolution, however, is more of a jigsaw puzzle, partly because of the lack of surviving instruments by many of the most prominent makers, but also owing to the small amount of music we have from that time.

What we do have is a large number of documents from the period, from receipts to tax return forms – but this has thrown up additional problems, in that the researchers of previous generations have come up with varying histories based on different documents. Because of this, it is often difficult for today’s researchers to discern fact from fiction.

One thing that cannot be overlooked is how the Brescian and Cremonese making styles are so markedly different – a result of their respective evolutions. There were many contributing factors, not least the influence of the music being played in each region at the time.

In Brescia, music in the 16th century was being written for groups and ensembles, which mainly operated in and around Venice (the town was under Venetian rule from 1520 to 1815). Cremona, on the other hand, was ruled by the Spanish from 1535 until c.1707.

That meant instruments made there could easily be exported to foreign courts, where they were required by soloists as opposed to groups. This is one reason why violins and other upper-register strings were in demand from Cremonese makers, whereas Brescian luthiers were more often required to make violas, cellos and double basses/violones.

To read the full article about Brescian violins in The Strad’s October 2018 issue, download the magazine now on desktop computer or via the The Strad App, or buy the print edition