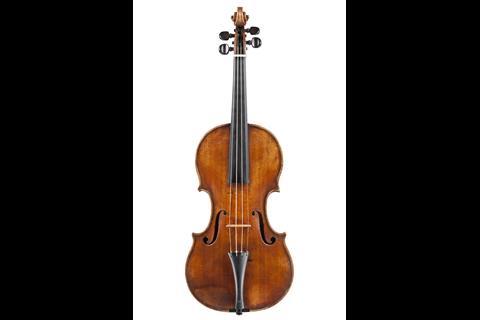 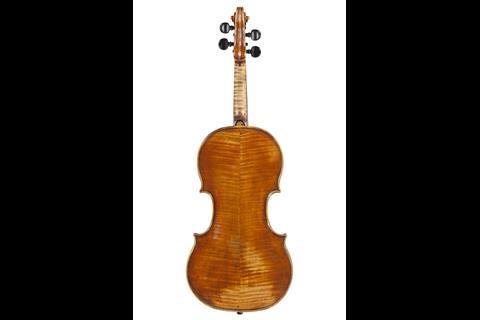 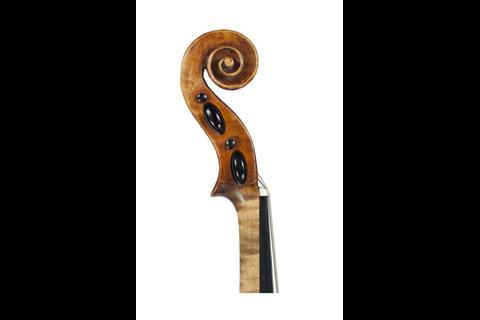 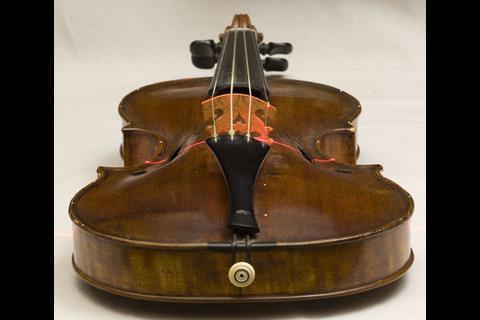 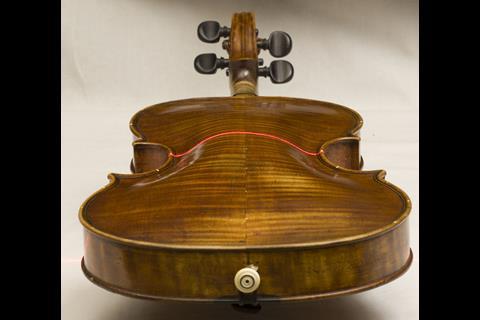 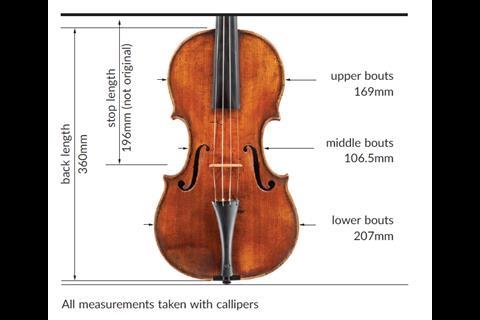 The first record of Willem van der Sijde’s name in the Amsterdam archives is dated 18 February 1684: on his marriage certificate he was registered as a Varensman, a sailor. The earliest mention of him being a luthier is in 1689, which might give an explanation as to why we only know of original Van der Sijde labels starting from the 1690s with just the last digit filled in by hand.

Today we know of only ten instruments made by him, including one pochette in a very pure, original condition. At first his work comes across as bold and full of character, but the arching and edgework in particular show evidence of the maker’s clean execution.

The characteristic look of Van der Sijde instruments comes mostly from his f-holes. The larger-proportioned violins are known for their f-holes being placed close to the edge, creating a broad chest. The space between the f-holes is often described as flat but there is always a strong curve in the chest area. These confidently cut and characteristic f-holes show clean knife work and an experienced hand; the lower eye on the treble side is perfectly circular and much bigger than the upper eye, another feature of his work. The original stop length was 205mm but his typical triangled nicks have been set higher by a later restorer.

The arching is full and flowing, made from two matched pieces of maple and spruce of fine quality. The thick black whalebone inlay is reminiscent of Pieter Rombouts, but Van der Sijde’s white strip is made from a different type of wood. Also his edgework is softer and rounder, leading into small, slender and clean corners; this contrasts with the overall look of his work.

The narrow and deeply cut fluting goes around the f-holes, and many dogfish skin marks can be found going through the channel.

The pegbox’s slender swan neck and its deeply cut throat are signature details of Van der Sijde. The scroll has many gouge marks around the fluting, and he has left clear sanding marks in the fluting of the back of the pegbox. The bevels have been cut afterwards, as the spine is higher, but these bevels have possibly been cut with a chisel; the line is not fluent, but rather has been applied with many flat chisel strokes.

Van der Sijde’s varnish can vary from a darker brown – orange to a light golden colour. This particular one has a rich orange that enhances the flame, as it reflects beautifully on the yellow – golden ground. The varnish has great clarity and certainly ranks among the best 17th-century Dutch varnishes. Very small traces of an old wax seal can be found under the button.