In Focus: a 1786 cello by Jacques Pierre Michelot

John Dilworth examines a hastily built but robust 1786 French cello, with photos by Richard Valencia, in an article from September 2005 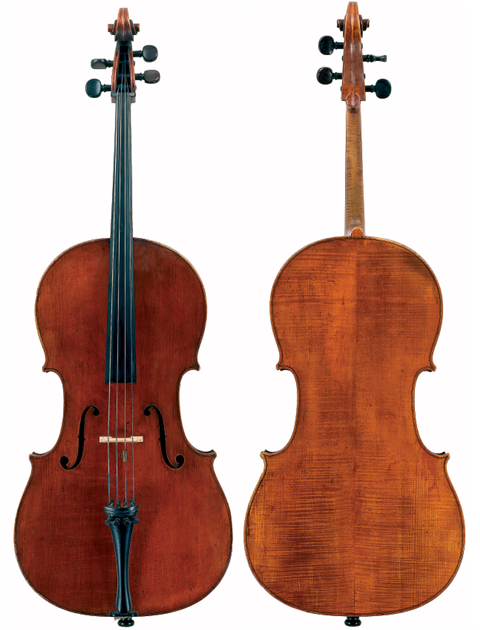 Jacques Pierre Michelot exemplifies the old school of Parisian makers that was swept away by Vuillaume and his followers during the 19th century. He worked in the Rue St Honoré at the sign of La Mélodie from the middle of the 18th century and saw out the revolutionary years of 1789 to 1792, but stopped making in about 1800.

Perhaps better known for his guitars – contemporary accounts also mention quintes and other fash- ionable instruments – Michelot was a workman-like maker, with the strong element of the Mirecourt tradition in his craftsmanship. Nevertheless, this cello is a good, sturdy instrument, well modelled on a Stradivari form, with excellent dimensions and a well- developed low arch. Consequently, it is now a very practical and usefully mellowed instrument.

The f-holes are deeply fluted in the lower wings, and the nicks are large and deeply cut. The maple and stained-pearwood purfling is neatly inlaid, with the mitres deflected in authentic Stradivari style, leaving traces of the original purfling marker cuts on the outside tip of each corner. The inte- rior structure is all of coarse pine, quickly cleaved, with high linings butted up to broad corner blocks. 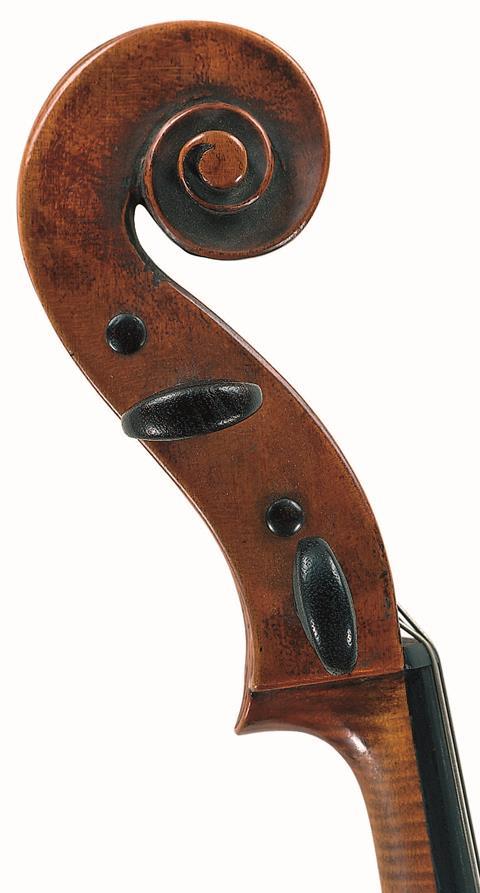 Scroll of the Michelot cello

Michelot may have drawn the scroll neatly, but it is hurriedly and unevenly worked, with some vigor- ous abrasion disguising patches of errant gouge marks. The shallow flute on the back of the pegbox is neatly done, however.

The varnish is a rich golden–brown, with a thin, spirity texture, and the wood beneath has a fine antique glow. As with many of these old French instruments, the wood itself is handsome – the two-piece back and matching ribs have a consistent narrow curl and the top has a ripple of hazel figure throughout.