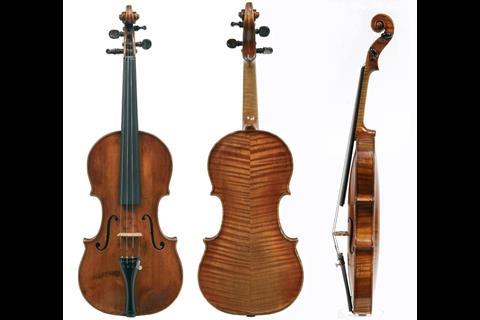 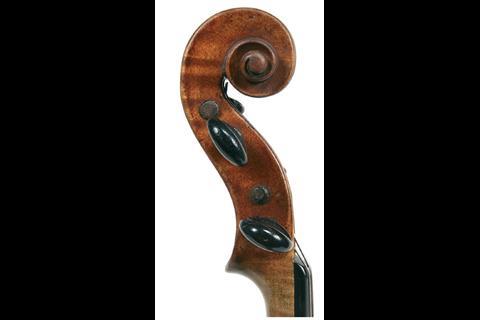 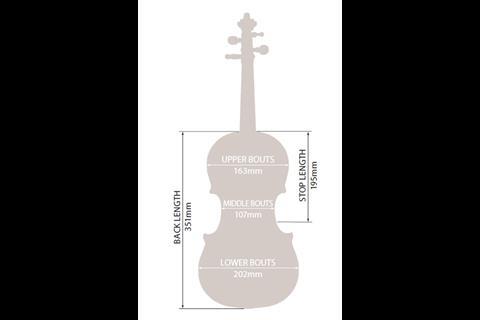 In this article from the February 2009 issue, Gabriele Rossi Rognoni examines an instrument by probably the most prominent Florentine maker, about whom very little information survives. Photographs by Marco Rabatti, Serge Domingie

Giovanni Battista Gabrielli (1716–71) is probably the most prominent figure in the Florentine school of violin making that developed from the end of the 16th century. Very little is known about his life apart from the fact that the violinist and composer Francesco Maria Veracini played one of his instruments, and that he reached wide recognition as a maker, judging from the obituary that appeared on the Gazzetta toscana on 6 April 1771, stating: ‘Due to an inflammation, at the age of 50 [sic] years, Gio. Batista Gabbrielli of Florence left this life a few days ago. He was famous for his skill in making stringed instruments, and especially violins, some of which had been commissioned by the most renowned professors of music and were sent to various parts of Europe.’

His name appears in 1768 in the registers of the guild of woodcarvers (in which Florentine luthiers were enrolled), where his workshop is stated to be ‘in via dello Studio’.

This violin was made in 1764. Dendrochronological analysis carried out in 2008 by the Trees and Timber Institute of Italy’s National Research Council dated the most recent ring of the soundboard to 1754.

The violin is in the collection of the Cherubini Conservatoire in Florence (a collection of 50 instruments that has been on loan to the Galleria dell’Accademia since 1966). It is documented in the Cherubini Conservatoire as early as 1867, having been inherited from the collection of the Accademia di Belle Arti. It was regularly used by violinist–composer Ferdinando Giorgetti and retained its original Baroque-style neck and bass-bar until 1867, when it was modernised by Luigi Castellani.

The model is typical of Gabrielli’s instruments, with full, round upper shoulders, and the upper corners shorter and more open than the lower ones, which makes for long C-bouts.

The f-holes are vertical and set far apart. The upper eyes are smaller than the lower ones and the notches are well marked, the inner ones being prolonged with a slight scoring on the surface of the soundboard towards the joint. The wings have slightly converging sides and no fluting, which is typical of the Tuscan school.

The scroll is symmetrical, develops very regularly and is carefully finished. The two eyes are very short and barely project beyond the first volute which, by contrast, is rather wide. Viewing the violin side-on, the carving of the volute starts high, a little after the top of the eye, and is anticipated by a slender cut. The back of the scroll has a shallow fluting and parallel sides which only converge at the top.

The original varnish is in good condition, of a golden orange–brown colour in a homogeneous transparent paste.

The instrument has an original label handwritten in brown ink that reads: ‘Joannes Baptista de Gabbrie[lli]s florentinus fecit – 1764’. In addition, there are two brand marks with the initials ‘GBG’ in a rectangle on the button and at the joint between the lower ribs.