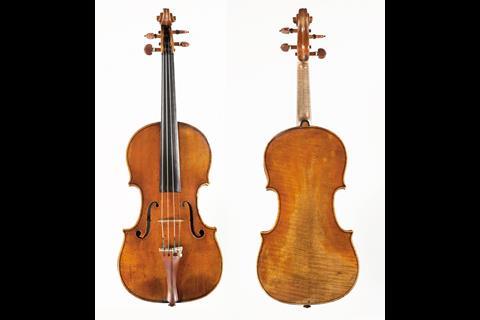 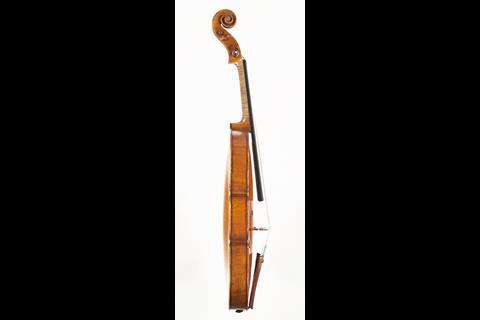 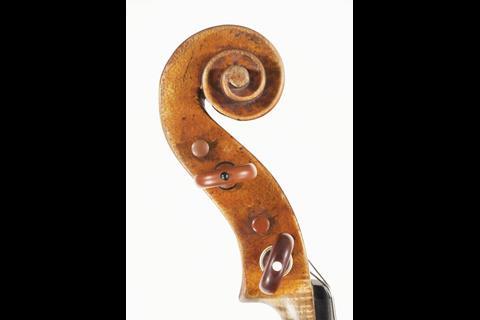 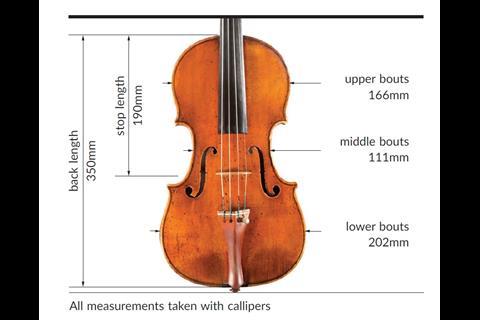 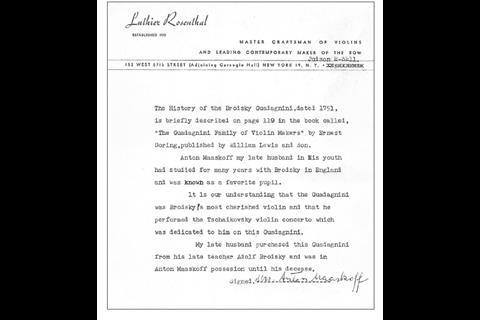 One of two by the maker owned by Adolph Brodsky, it has a good claim to being the one on which he premiered the Tchaikovsky concerto, writes Stewart Pollens

This 1751 Guadagnini violin may have been used for the world premiere of Tchaikovsky’s Violin Concerto on 4 December 1881. It was owned by the virtuoso Adolph Brodsky (1851–1929), who took up the challenge of performing the concerto after its dedicatee, Leopold Auer, deemed it unplayable. Throughout his career Brodsky championed the piece, which was rededicated to him.

He owned numerous violins during his career, among them a 1702 Stradivari (today known as the ‘Brodsky’), the 1736 ‘Lafont’ Guarneri ‘del Gesù’, and two Guadagninis, one dated 1757 and the 1751 one discussed here.

Its present owner purchased the violin through Luthier Rosenthal of New York in 1979. It was sold with an undated typed attestation (reproduced on page 68), apparently by the widow of the American violinist Anton Maaskoff (1893–1943). Brodsky lent this violin to the 16-year-old Maaskoff, then his protégé, in 1909 for a London performance of the Saint-Saëns Concerto no.3 in B minor.

When he sold the 1757 Guadagnini in 1897, Brodsky wrote on the receipt that he had ‘played and approved’ the violin – faint praise indeed – and made no mention of having used it as a concert instrument or in the premiere of the Tchaikovsky Concerto.

In terms of its proportions and moderate arching the violin is fairly typical of those made during Guadagnini’s Milanese period, although dimensionally it is a little on the small side. In general the violin’s condition is excellent, and its tone is especially rich and powerful.

The top is of book-matched spruce with fine grain widening at the flanks; the back is of two pieces of maple of moderate flame, joined so that the flame rises continuously from left to right, providing the illusion of a one-piece back – a feature shared by several other Guadagnini violins.

When viewed from the side, the edging of the top plate appears slightly thicker than that of the back. The fluting around the perimeter of the top and back is shallow, and the corners do not rise up, but are thinner than the edgework – another hallmark of Guadagnini’s work. The purfling is of acacia, a wood rarely used by other makers.

Positioning pins in the back plate are located on either side of the centre line; the upper pin in this violin is located to the left and is uncharacteristically bisected by the purfling, while the lower pin lies to the right and well inside the purfling, as is often the case with Guadagnini.

The eyes of the f-holes are slightly ovoid, while the wings do not exhibit the marked taper that one associates with Guadagnini’s instruments. The scroll retains vestiges of the punch marks that he typically used in laying out the volute.

The label reads: ‘Joannes Baptista Guadagnini Pla / centinus fecit Mediolani 1751’. The last two figures are handwritten; at the right are a round maker’s mark bearing a Patriarchal cross and the initials ‘GBG/P’.