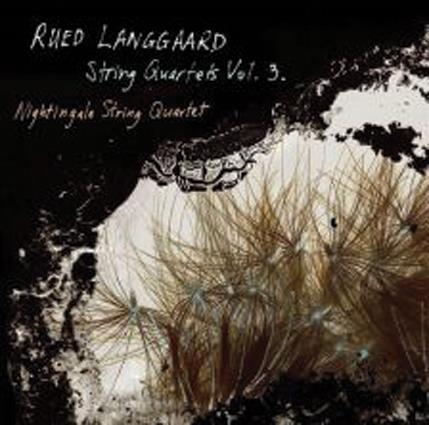 This final volume in the Nightingale Quartet’s pioneering complete cycle gathers together the earliest and latest of Langgaard’s ten works for quartet, though their tortured creation muddies the chronology. No.1 was begun in 1914, part recycled, part destroyed in the 1920s, and finally revised and rewritten from memory in 1936. No.5 (which post-dates his ‘last’ numbered work, no.6) was composed in the style of the 1850s, around the time of Langgaard’s decisive break with Denmark’s progressive trends in the mid-1920s – it was later revised, incorporating a reworked version of no.1’s finale, and the work was followed by a brief, equally backward-looking Italian Scherzo in 1950.

The Nightingale players have already proved their mettle in this sometimes intriguing, sometimes prosaic music (vol.2 was reviewed in July 2014), producing a wholesome, forward sound, as captured by the Dacapo engineers. If they struggle to rescue the Fifth Quartet from being an exercise in gentle nostalgia then that is largely down to Langgaard’s lack of thematic distinction here. He sounds far more convincing when trying to be original, as in the inspired lyricism of the First, where the players exploit both tonal warmth and rhythmic airiness to bring out the best in the music’s contrapuntal interplay and melodic ingenuity.