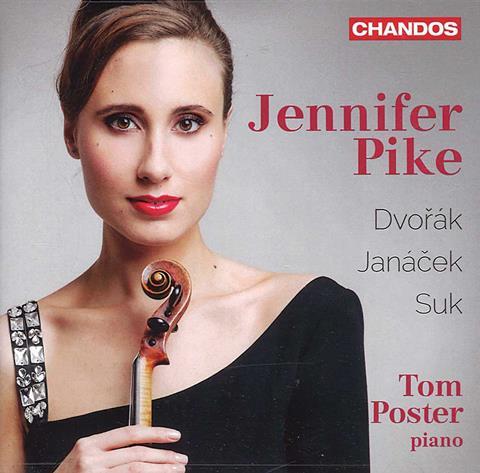 Launching this coherent Czech collection, Jennifer Pike skilfully and imaginatively balances the Romantic and modernist elements in Janácek’s Violin Sonata, as well as being alert to its Czech rhythmic inflections. The wild energy, robust nutty tone and detailed shaping of the opening motif set the bar for the whole sonata, indeed the entire recording. Together with pianist Tom Poster, Pike diligently follows the letter of the score but unearths its spirit too.

The same level of playing continues throughout the disc. Janácek’s Dumka and Romance are interesting student pieces, while the later Allegro was once considered as a replacement for the finale in the Sonata’s first version, whose material it shares. Dvorák’s Nocturne makes a notable appendix to the Romantic Pieces. Here and in Suk’s Four Pieces both players balance rustic folk flavour with ample lyricism, delicacy, brilliance and range of tonal colouring. Occasionally, though, it feels as if the recording doesn’t fully convey the impact of Pike’s playing on a late ‘del Gesù’, which throughout is full of poise, strength and sound judgement.