The competition's tenth edition took place in Brussels, Belgium from 2 to 5 March 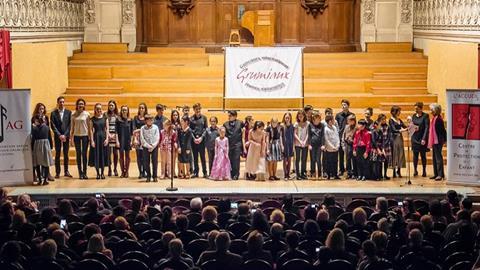 The tenth International Arthur Grumiaux Competition for Young Violinists, which took place in Brussels, Belgium from 2 to 5 March, has named its 2017 category prize winners.

Category A, for participants aged ten years and under, was won by ten-year-old Fiona Khuong-Huu from Japan. Second prize was shared between ten-year-old Laçin Akyol from Turkey, ten-year-old Theodor Kaskiv from France and nine-year-old Alexander Kulitskiy from Germany.

Category C, for contestants aged 17 years and under, was won jointly by 15-year-old Georgii Moroz from Ukraine and 14-year-old Pal Laszlo Szomora from Hungary, while second prize was shared by Nilufer Sude Guclu from Turkey and Gaia Trionfera from Italy, both aged 16.