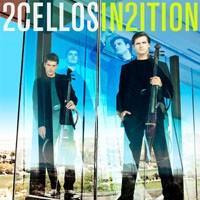 This Croatian duo was signed to Sony on the back of a YouTube viral video, and the label has thrown a lot of weight behind them here, coughing up for guest appearances by Elton John, Lang Lang and one of the cast of Glee among others. It’s not hard to hear how this pair made the industry sit up and take notice. The thrusting pizzicato and grungy bowing of the opener in particular exudes huge energy and power that’s ideally suited to the heavy-rock backbone of the album. The nifty, dazzling spiccato and virtuosity of Technical Difficulties and the velvety interpretation of Every Breath You Take let the cellos – and the musicians – shine, but too often, the armoury of overdubbing and other production bleeds them dry of their personalities. An example is the cover of Highway to Hell, which, with its fat rock drums and distorted guitar, plus wailing cello, offers very little besides the familiar trick of adding electric current to a bowed stringed instrument.

This kind of exposure for stringed instruments shouldn’t be sniffed at, but this album too rarely presents the concept of rock cello as much more than a novelty add-on to familiar songs and big pop names.