How well did Shakespeare know the violin?

The word ‘violin' never appears in Shakespeare's plays, but he left tantalising clues that he knew the instrument well. To mark the Bard's 450th anniversary this month, we republish an article by John Dilworth from 2009 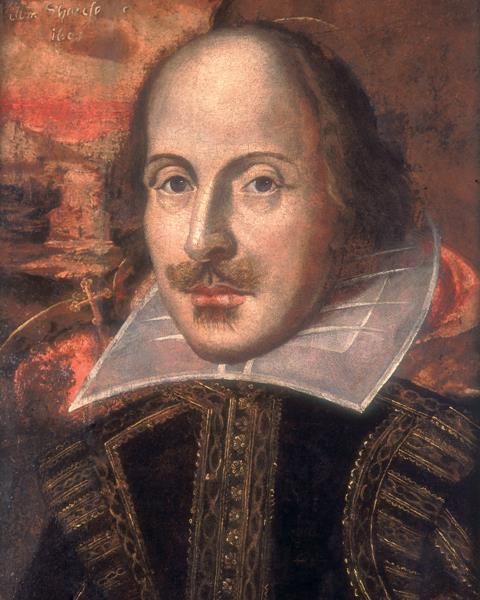 It has to be said straight away that the connection between the Bard and the violin is tenuous. The word ‘violin’ never appears in all his work, as far as I can find out. Viols, lutes, trumpets, drums and pipes were Shakespeare’s primary musical world, and the bare boards of the Tudor stage were brought to life and action by music. Trumpets summoned the audience. Music, dance and song punctuated the plays and closed the performance. Pipes and tabors, trumpets and shawms made the noise needed to entertain the groundlings. The Fool played the lute, and ‘cittern-head’ (from Love’s Labours Lost) is one of those Shakespearean insults that doesn’t quite carry the weight it once did. The tense scene in Hamlet when the prince first turns on the obsequious Rosencrantz – ‘Do you think I am easier to be played on than a pipe?’ – is both demeaning and insulting to the pompous courtier. ‘Put up your pipes’ was of the time proverbial for packing and leaving, and occurs in Romeo and Juliet when the musicians quit the stage.

The lute was then the king of instruments, and Shakespeare used it as a symbol of beauty and grace, fragility and tension. In Troilus and Cressida Ulysses has the crucial line ‘Untune that string, and hark, what discord follows!’ The order and balance of nature and government is summed up in the lute, a supremely beautiful and fragile instrument that functions by being permanently on the brink of collapse. Shakespeare even noted how strings vibrate in sympathy with one another, in a gorgeous couplet in Sonnet 8: ‘Mark how one string, sweet husband to another / Strikes each in each by mutual ordering.’ I can persuade myself that Shakespeare at least strummed a lute himself occasionally. How else do you observe two strings hum in sympathetic response to each other like that? But then, he was neither princely politician nor murderer, but wrote clearly about those experiences too.

Sadly, the violin is almost invisible in Shakespeare. While we proverbially refer to Nero ‘fiddling’ while Rome burned, in Henry VI, Part 1, Talbot says, ‘like thee, Nero, play on the lute, beholding the towns burn’. Consider the time. The plays were written at the end of the 16th and the beginning of the 17th centuries, and Shakespeare’s life was contemporary with the Brothers Amati in Cremona. The Amati brothers were the first important makers of violins in quantity, and such instruments were presumably only just beginning to find their way to England, where there was a considerable population of Italian musicians at the royal court. But the violin certainly existed before this time. From written accounts, the birth of the violin as we might recognise it might be pushed back to around 1520. For Shakespeare it may have had the status of the electric guitar today – an instrument that had been around for a half century, for most of its existence a noisy toy of dance troupes and vagabonds, but which was about to gain respectability and broad acceptance.

The words Shakespeare wrote, the images he chose, the endlessly resonating and reverberating meanings, had to be familiar to his audience. In The Taming of the Shrew, the word ‘fiddler’ is used disparagingly, to suggest a low player. Hortensio puns extensively on frets and fingering, a motif of this nervy, highly strung play, and despairs at the ‘rascal fiddler and twangling jack’. Not until almost his last play, Henry VIII, written in partnership with John Fletcher, is the instrument itself referenced, when Lovell’s line ‘A French song and a fiddle has no fellow’ is at least a little more complimentary. The first appearance of the word ‘violin’ actually seems to come in The Shepheardes Calender, a 1579 work by Edmund Spenser, a near-contemporary of Shakespeare: ‘the other muses trace, with their violines’.

But the timing seems to be important in establishing the role of the violin in society. What first set me thinking about all this are the fleeting references in Romeo and Juliet. At the almost unbearable climax to the drama, when most sensible people are completely bound up in the tragedy of Juliet’s apparent death, all I hear are three words: Catling, Rebeck and Soundpost. These are the names of the musicians in the scene who provide a coarse counterpoint to the tragic action. Simon Catling is named after the strings of the lute, viol and violin. Catline was the term for the gut used, which gave rise to the erroneous belief that it was catgut. Shakespeare himself did not fall for this – he knew that it was sheep gut, and says so. In Much Ado About Nothing Benedick reflects on the power of music: ‘Is it not strange that sheep’s guts should hale souls out of men’s bodies?’ Again, in Troilus and Cressida, Thersites exclaims ‘the fiddler Apollo get his sinews to make catlings on’.

Mention of strings in general throughout the plays puns upon music and instruments, ties and bindings, but also trembling and vibrating as physical manifestation of emotion. ‘Catline’, though, is a specific technical term that may have been reasonably familiar to his audience, but certainly an in-joke to be shared with the theatre musicians. Hugh Rebeck is, of course, named after the violin’s precursor, the three-stringed instrument of Arabic origin that provided the squealing and sufficiently noisy accompaniment for dance. But the most surprising character is James Soundpost. There is only one meaning of the word soundpost, and that is the internal strut we are all familiar with, the ‘soul’ of the violin and the viol. And indeed, the Oxford English Dictionary cites Romeo and Juliet as the first appearance of the word in the language. It is still an important allusion for musical historians, as the origins and introduction of the soundpost, a crucial element in shaping the sound of the viol and violin remain unclear. Romeo and Juliet, written sometime between 1591 and 1596, is therefore an important marker. But it still seems to me an extraordinary word to give name to a character. How many outside the fairly close world of the violin even today know what it is? And how many would have known in Shakespeare’s time?

As with ‘Catling’, I assume James Soundpost to be just a joke for the musicians rather than the audience, but again, it informs us about the poet’s interest in words technically and dramatically, and about his instinctive use of everyday observation. Even the most minor character had to have a name layered with puns and expressive meaning. Can I be the only person who experiences a shudder of identification and fellow feeling with the master through just that word? Was the actor who played James Soundpost in real life continually adjusting his viol, neurotically shifting the post around while the author pleaded with him to get on the stage and play the thing?

And that by indirection leads to the most exciting aspect of this highly blinkered investigation, the personal. We can put real names to these characters. One of the actors closest to Shakespeare was Augustine Phillips, whose will listed ‘my bass viol… a cithern and a bandore and a lute’, which were divided up between his two apprentices, Samuel Gilborne and James Sands. Phillips, Gilborne and Sands may have played Catling, Rebeck and Soundpost on the stage, among many other more significant parts that required musical accomplishment. The world was smaller then, London a relative village, and Shakespeare as one of the royally appointed Chamberlain’s Men was no small player in that scene. He knew people. In Twelfth Night, Andrew Aguecheek ‘plays the Viol-de Gamboys and speaks three or four languages’. Just around the corner from the Globe Theatre in Southwark at that time was the workshop of the greatest English viol maker, Henry Jaye, whose career began just at this time. It is impossible that Jaye would not have