How to use creativity and logic to help your practice 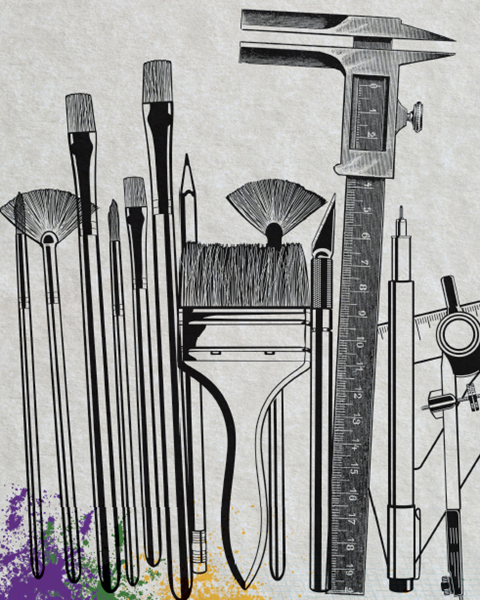 About ten years ago, I began to wonder if I could get more out of my practice time. I was very busy with teaching at the time, and I needed to make every second of practice count; I also felt disconnected from the music all too often when practising, and wanted a way to enjoy my practice sessions more. My father partly inspired the method I developed to achieve this. He was an engineer, and by habit he would identify the most efficient way of performing any given task. He would analyse the methods he used to achieve certain outcomes, and then experiment – or practise – until he felt those methods worked as well as possible. I realised that this was exactly the mindset we musicians need to become efficient practisers. After some research, and a lot of trial and error, I discovered that by pairing my skills as an artist with the analytical skills of an engineer, I could practise more effectively.

THE ARTIST — ANALYSING THE MUSIC
Learning a new piece should be about discovering its musical meaning, and not just learning the notes. If the goal of practising is always to prepare for performance, then it makes sense that the way we approach a piece in the practice room should be as close as possible to how we want to perform it. Learning the notes is about as far from the goal of expressive, engaging performance as anything could be, so I encourage my students to begin exploring the musicality of a piece by drawing on their inner ‘artist’ before they bring in their ‘engineer’ to analyse the technical difficulties it presents.

Learning what a piece has to say means identifying its character and understanding its phrasing. To begin with, my students and I accomplish this by singing the piece, comparing recordings of it (with or without the score), analysing its harmony, or dancing to it – whatever seems right for the piece and the student’s knowledge of it. I then ask them to use a feeling word – ‘melancholy’, for example – to describe the character of each section of the piece. Although creating a story for a piece can be fun, it generally focuses on action, and not character; I don’t mind if they create a story, but they must also be able to tell me what the character of the music is. And just because they have written in a character description does not mean that it must stay the same. Their perception can, and often will, change as they get to know the piece better. At the initial stage, it is enough to focus on what character they want to project in their performance of the piece because they will refine their ability to create that character during the subsequent engineer phase.

If the piece is very difficult, it might also be necessary to simplify it in some way in order to work on character and phrasing. This can be accomplished by slowing down or speeding up the tempo, transposing the piece into a higher or lower octave, and leaving out double-stops, articulations, ornaments, complex bowings and rhythms, and tempo changes. There will come a time, usually after a week or two, when the student recognises that they have hit a plateau with the piece and a different type of work is now necessary. This is when their engineer comes into play.

It is critical to remember the end goal of beautiful, expressive playing even when your engineer is breaking down the piece in order to practise it effectively. When you play something expressively, you will use different bow distribution, vibrato and so on, compared with the technique you need to play the same piece robotically. It is simply a waste of time to practise a piece without expression, as you will be practising a completely different piece to the one you hope to perform.

THE ENGINEER — ANALYSING YOUR PLAYING
When we practise, we aim to solve problems by repeating notes over and over again. This type of repetition can be successful, but only if we analyse what we are doing. In order to break out of a loop of mindless repetition, we first need to tell ourselves that we cannot repeat something unless we know why we are repeating it. It often helps to say the reason out loud to yourself, as this minimises the temptation to repeat it over and over again. When I am practising the fifth page of the Bartók Viola Concerto, for example, rather than just repeating the lick for the nth time, I stop and say: ‘The problem is that my third finger is not accurately moving back a semitone while I am playing on the fourth finger.’ It is much easier for my brain and fingers to absorb the correct movement if I have identified it in this way. Then I repeat the passage correctly a number of times so that I will be able to replicate the movement perfectly the next day, again talking to myself aloud after each repetition in order to focus my intention.

I help my students to think about how they practise by getting them to analyse how they play for me in class. After they have played a piece, I ask them how they think it went. Often, first-year students will reply that ‘it stank’, or words to that effect. So I ask them what about it stank. If they say ‘everything’, I ask them what exactly makes up ‘everything’ – phrasing, intonation, tone? They eventually realise that I want them to be specific. If they answer that the tone was all wrong, then we can break that down further. What about the tone was wrong? Was it the tone all along the bow, or only at either end or in the middle? Was it on up bows or down bows? Was it on one string over another? These questions focus their minds on their playing.

Developing the ability to analyse our own playing is difficult. This is because what we hear is often what we want to play, rather than what we are actually playing. When I first start asking students questions like the ones above, often they cannot give specific answers. I simply ask them to play the piece again while focusing more closely on the issue at hand, and we try once more. It may take many gos, but eventually they learn to listen to what they are actually playing. If you teach small children who appear not to recognise poor intonation or tone when you ask them about their playing, try this: mimic their playing exactly, and ask them to tell you when they hear something that doesn’t sound right. I have very rarely encountered a student who has not blurted out ‘That’s it!’ when I get to their mistake. They can hear it when you slip up, but are only hearing their own concept of what it should sound like when they play.

In order to develop this skill, it might help to identify some common faults that your students should listen out for. As string players, we can produce a wide variety of sounds on our instruments, but most of them come down to a combination of three choices: bow speed, weight and contact point on the string. (Of course, there are things that the left hand does that affect tone, but at all but the highest level these are limited to vibrato and articulation.) So for tone at least, if something sounds wrong, there is a limited number of elements that can be at fault. Focusing on each of these in turn will help develop students’ listening abilities. For problems with bow speed, we might hear tone that lacks core, or that sounds fuzzy. Contact-point mistakes might give us a ponticello sound or a rasping sul tasto. Bow-weight faults will give us crunchiness around the edges, or a wispy, harmonic-like sound. You can demonstrate each of these problems for a less experienced player and ask them to identify the problem in your playing before trying to hear it in their own.

FIXING TUNING PROBLEMS
Practising intonation is often the most difficult challenge that my students face, aside from learning how to listen to their own playing. Many of them suffer from what I call ‘adjustment syndrome’ – they adjust their left hand after beginning every note. I tell them that there is only one time when it is appropriate to adjust