From the Archive: The Strad responds to the declaration of World War I

A month after the beginning of the First World War, The Strad's editorial reflected on tough times ahead for classical music ? from reductions in funding to the folly of banning works by German composers 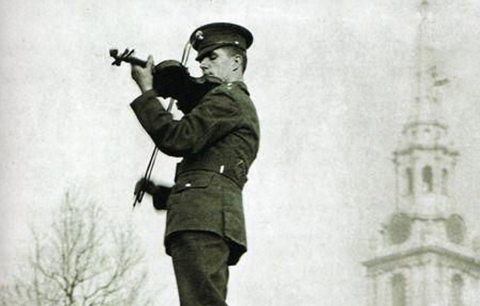 What effect the war will have upon the musical world remains to be seen. That things will suffer greatly can hardly be doubted; one has only to remember the early days of the South African campaign. The truth is that in times like these of the greatest anxiety people do not care for the amusement and recreation in which they are accustomed to indulge. Moreover, there is always the financial side of the matter and when shortness of money comes about the first things to suffer are the artistic amenities of life.

Still music has the advantage over the theatre in being, so to speak, so largely indefinite in its appeal, and one fancies that the decision of the Queen's Hall Orchestra to go on as usual with the Promenade Concerts will not be regretted. One can only hope that when the time for the autumn season of London concerts has arrived a similar policy will be found possible with the other events of a regular type to which so many of us look forward.

It really rests with the mood of the public, short, that is, of real catastrophes to our arms in the tragic happenings on the continent. When one sees everywhere written and set forth with the utmost weight that it is the duty of citizens at home to keep everything as normal as is possible, it needs no stretch of the imagination to realise that the arts have their claim for support and for the same reason as the industries. The thousand-and-one professional musicians in London have themselves and their families to provide for. Already the slump in the theatrical world must have thrown numbers of orchestral players out of employment.

Let all consider therefore whether they care to hear music if they do not care to see a play, or, whether it is really necessary to postpone to a happier season their musical studies and education. Let 'business as usual' include music - if one wishes to contribute however small a share to the efforts to mitigate the inevitable distress ahead of us.

Another thing I think is very important, and that is not to let music takes sides as, unfortunately, there appears to be a tendency as exemplified in the changes of programme at the Promenade Concerts. There is no patriotism worth the name in excluding German music. Anyone who studies music in the proper spirit and understanding knows that what are called national characteristics are the least important.

Music like other art productions is good, bad or indifferent, according to one's taste, but if one is going to have constant performances of French and Russian music simply because it is French and Russian this is only the way to encourage prejudice and set up wholly false standards. Moreover, the process as at present displayed is so childish. If you cut out Richard Strauss and Wagner, why not Brahms and Beethoven? I am glad to see that some protests have already been made public.

Since writing the above, Mr Newman has written to explain the views of the management, and a further communication has been made public from Messrs Chappell. That the Wagner programme is to be restored is a proof of the foolishness of its original exclusion. Messrs Chappell's protest against the employment of German pianofortes would have come better from a firm which did not itself manufacture the instrument.

This editorial was published in The Strad's September 1914 issue.