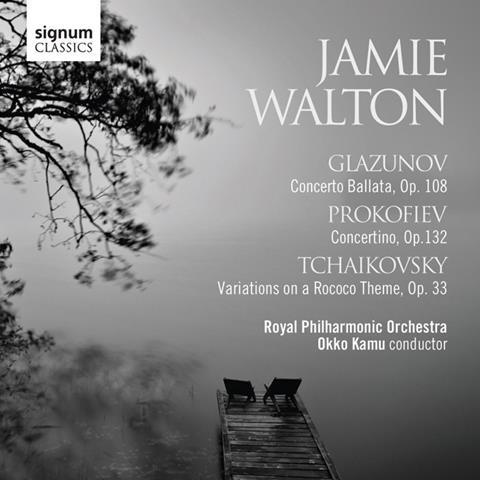 Jamie Walton’s outstanding programme of Russian classics – including the original version of Tchaikovsky’s Rococo Variations – captures the music’s soaring lyricism with impassioned eloquence and interpretative flair. Few would claim that the three Glazunov works are out of his creative top drawer; but, played with this degree of emotional imperativeness, supported to the hilt by Okko Kamu and the RPO on resplendent form, they leave an indelible impression. Even compared to Mstislav Rostropovich in the Chant du ménéstrel, Walton finds an added dimension of rapt intensity that is very special.Rostropovich (along with Kabalevsky) played an essential role in getting Prokofiev’s incomplete Concertino into a performable state (especially the finale). While his celebrated 1960s recording carries its own special authority, it is Walton who more successfully captures the music’s wistful stylistic retrospection.

For several decades unsuspecting music lovers accepted Wilhelm Fitzenhagen’s dramatic rethink of the Rococo Variations as gospel until Tchaikovsky’s original came to light. Only then did the full extent of Fitzenhagen’s ‘revisions’ become more widely appreciated. Rarely, though, has the piece felt as striking as in Walton’s captivating, glowingly engineered performance, restoring Tchaikovsky’s original ordering, which creates the impression of the composer’s inspiration working at spontaneous white heat throughout.