Glass: Partita; Knee 2 from Einstein on the Beach; Book of Longing; Interludes from Violin Concerto no.2 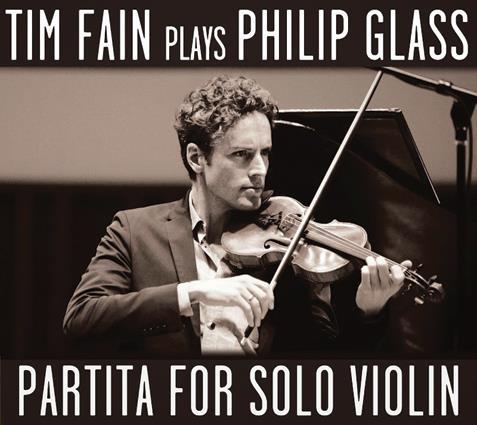 Philip Glass’s imprimatur is all over this disc – he co-founded and is executive producer of the record label that has issued it;he wrote the 2011 Partita specially for the young US violinist Tim Fain; and the recording is produced by Glass’s long-time collaborator Michael Riesman. This makes it all the more mystifying why the CD isn’t, well, better.

Glass’s solo violin Partita takes up the bulk of the disc. It’s a big and ambitious piece that brings together Bach-like clarity with unexpected harmonic sidesteps and a surprisingly hard-going, unpredictable chromaticism. Fain plays with glowing confidence and a graceful smoothness that feels like the natural fit for Glass’s ever-developing figurations – especially in the work’s two lithe, sparkling dance movements. But his playing seems to fall awkwardly between machine-like objectivity and full-on Romantic indulgence, in the same way that Glass’s broadening of his harmonies and textures makes the music less immediately distinctive. Despite Fain’s impressive technical armoury, intonation sometimes goes awry high up on the fingerboard, and there’s an unconvincing, fluttery sound to some of his phrase endings.

He attacks ‘Knee 2’ from Einstein on the Beach with furious energy but, at his breathtaking pace, sense of pitch is soon compromised. Recorded sound poses another conundrum: it’s close and warm, yet also seems to level out Fain’s playing, so that there’s surprisingly little difference between his loud and soft passages. Enjoyable, but also a bit baffling.