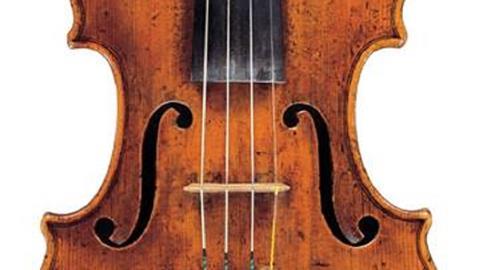 The 'Ex Contessa Crespi, Ex Brengola' instrument, made in Piacenza in 1747, is reportedly worth around $1.5m, and was on loan to the Ukrainian violinist from the Fondazione Pro Canale in Milan.

The incident occurred around 5.30pm on Thursday last week on a crowded train travelling through Geneva. Vernikov, who had been teaching in Vienna, was making his way home to Sion, Switzerland when a number of passengers boarded the train. He went to check on his instrument, which was placed in a luggage rack directly behind his seat, but was prevented from doing so by a man 'of imposing stature', according to Le Matin. In the few seconds that he lost sight of the instrument it had disappeared.

'It’s as though someone has stolen my baby,' said Vernikov. 'Without it I can never make music again.'

Vernikov currently teaches at the Vienna University, the Haute Ecole de Musique (HEMU) in Lausanne, and was appointed artistic director of the Sion Festival in 2013.

The violinist has asked anyone with information concerning the theft to contact him via his Facebook page.