From the archive: the 1717 Montagnana viola once belonging to Lionel Tertis

These photographs were published in the September 1988 issue of The Strad. The following text is from the article they accompanied, in which Tully Potter examines the recent lineage of the instrument, including interviewing current owner Roger Chase 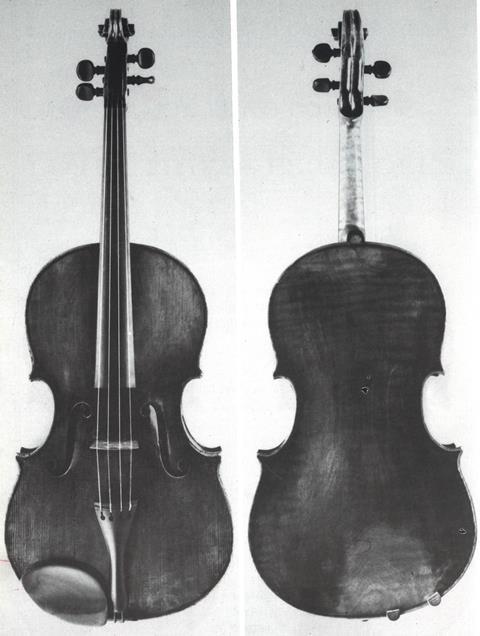 Does he ever feel awed by playing an instrument so found up with the moden viola movement? ’Oh yes, every so often - it’s a frightening responsibility, especially when I listen to Tertis recordings. But you can have  sense of sympathy for his difficulties with the tool. Apparently Tertis use to have the bridge off the viola all the time; and only yesterday, when we were recording the [Britten] Lachrymae, I was messing about with the bridge, trying to make it work better, struggling with this inanimate thing which we know is not really inanimate.’ Is the Montagnana temperamental then? ’Terribly … it’s an absolute pig.’ But he grins as he says it. ’That aspect of it is dreadfully frustrating – the thing is truly alive and you’ve got to cooperate with the beast.’ Is it a heavy instrument? ’Well, making your living on the viola is a back-breaking job anyway.’ Another grin. ‘But in fact I find it extremely light for its size.’