From the Archive: a violin by Antonio Mariani, Pesaro, 166- 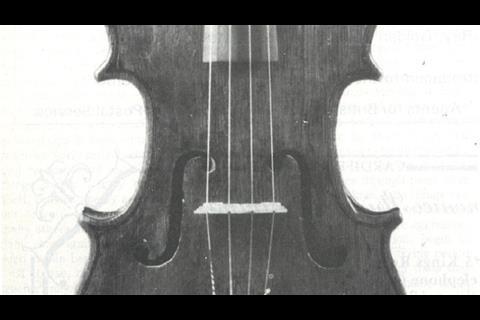 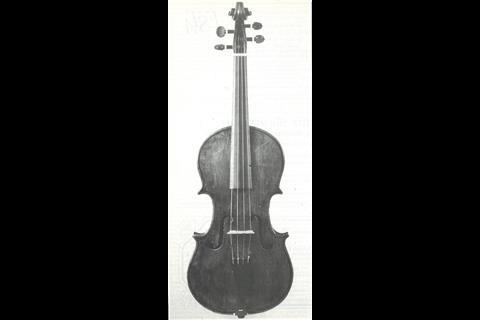 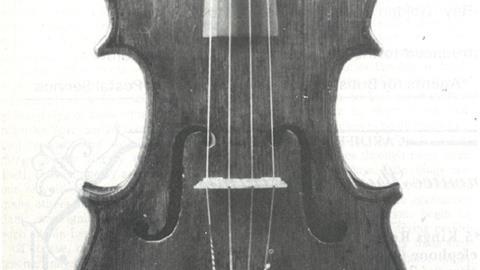 This illustration of a violin by Antonio Mariani was published in The Strad, March 1985. The following text is extracted from the article accompanying the photographs:

The Mariani family - Ludovico, Fabio and Brandini - were noted for their Brescian appearance, so the assumption is often made that one or other was a pupil of Maggini. This is unlikely from a geographical point of view, and from their generally haphazard looks, I like to think of them as 'shop window' makers: they may have seen a good instrument in a shop window once, but when they got back to the workshop, they could not remember the details.

Their small tone and unprepossessing appearance made them less suitable for concert musicians, and a fair number seem to have slipped through the net and escaped modernisation. So now they have come into their own for baroque players, to whom authenticity and a more intimate tone is more important than prestige, power and projection.

The instrument illustrated it guaranteed by J&A Beare Ltd as an Antonio Mariani of Pesaro, bearing his label with the partly illegible date 166-.

The head is surprisingly well poised and balanced. Despite the unfinished last turn of the volute into the eye, and the triangle of wood left at the front of the scroll by the diverging gouge strokes of the fluting, the effect is quite charming.

The outline is reasonably symmetrical, but does not seem to follow any geometrical master plan, with an unrefined looking peak at the upper and lower blocks. the corners are exaggeratedly long, a long way in fact from the rudimentary points of Gasparo or Maggini. The whole thing could be seen as a more distorted version of an Amati.

The wood is well chosen, the back nicely figured, and Mariani sensibly used plain wood for the head. The whole is dignified by a light orange brown varnish.