From the Archive: 1911 violin by Giuseppe Fiorini 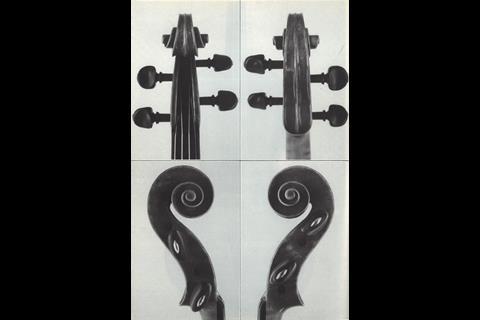 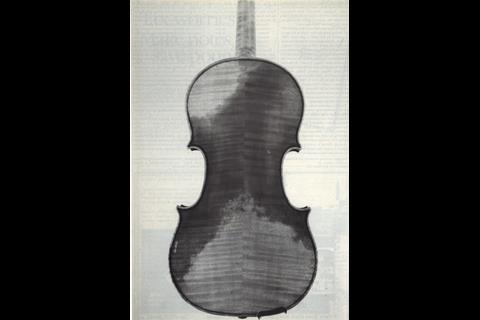 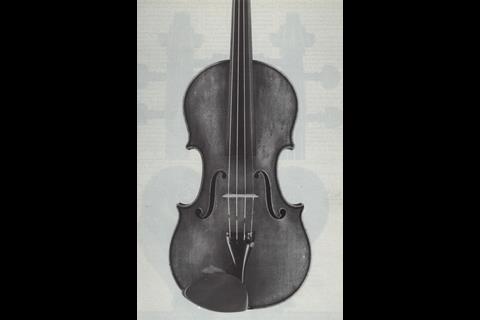 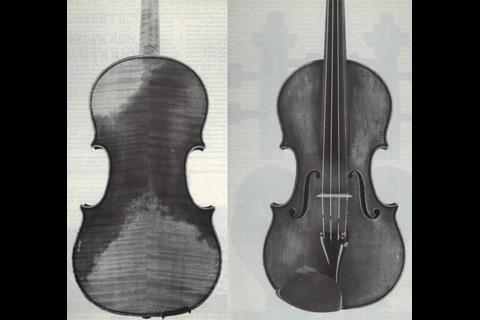 These photographs were published in the June 1988 issue of The Strad. The following text is from the accompanying article, ’Fiorini: A modern heritage’ by John Dilworth

The craftsmanship and modelling on this instrument is superb. It is closely copied from Stradivari of the ‘golden period’, such as the ‘Parke’ of 1711, whose dimensions it follows exactly. One of Stradivari’s boldest models, measuring 360mm over the back, the ‘Parke’ was the model for much French work of the nineteenth century.

Fiorini has used very similar wood to the original, a two piece back with a soft flame almost horizontal, and very fine grain. The front is of very close grown wood, also most appropriate to the original.

Characteristic of that period of Stradivari’s work are the unevenly sloped f’s. Here, as on the ‘Parke’, the treble f has a more pronounced lean than its counterpart on the bass side. The way in which the sound holes seem to sit on top of the arching, dominating the front with their broad sweep, and the subtle emphasis of the fluting of the lower wings, is brilliantly observed and faithfully captured, although the cutting of the nicks is a little conservative.

The fulsome swell of the arching is matched on both plates and, as on the Stradivari original, there is surprisingly little longitudinal flatness on the belly beneath the bridge. This seems to throw everything forward, towards the observer, making the arching appear particularly strong; a wonderfully assertive work both of Stradivari and Fiorini, so closely are they matched.

The purfling is beautifully inlaid, the edgework being a virtually flawless interpretation of the original. Here perhaps lies a key difference between the two makers. Although Stradivari’s work was precise and fluent, he was quite unselfconscious about the use of black filler where the purfling mitres do not quite meet. One has the impression that Fiorini would have thrown the plate away and started again, rather than stopping to such devices. Examine his purfling with a magnifying glass, and no hesitation, deviation or repetition of his knife stroke can be seen. The white wood of the purfling appears to be maple, and is quite wide in proportion to the deeply stained black threads, in accordance with his model.

There is great precision and care evident in the carving of the scroll. Here again, it is possible to differentiate between the magnificent, yet human character of the Strad, and the self-consciously accurate work of Fiorini. The bold proportions of the Strad head, with its quite shallow, flat undercutting, is balanced perfectly by the heavy chamfer on the flowing spiral of the volute. The equilibrium is achieved almost as if second nature to the maker. The Fiorini head is more contrived and a little less happy. The geometric spiral and flowing pegbox is exposed by a rather delicate chamfer and the rather stiff lines of the front and back views, wherein the second volute is cut rather close to the head, leaving the eyes projecting further to produce a rather prim effect.

This is a beautiful violin, so carefully wrought that it loses only the spontaneity of the original, and of course the richness of its inimitable varnish.