Feldman: Patterns in a Chromatic Field 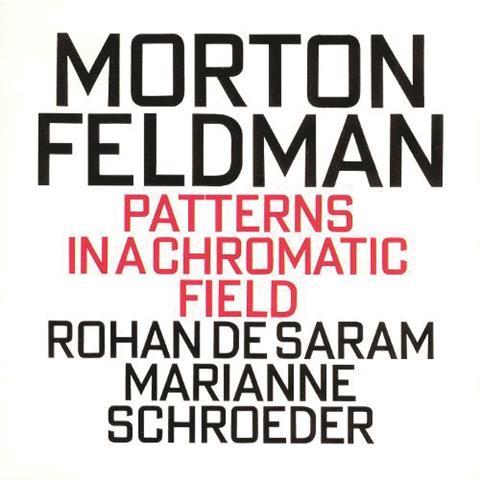 Written in 1981, Patterns in a Chromatic Field is one of US composer Morton Feldman’s lengthy ‘late’ works in which, as he famously explained, ideas of form give way to a sense of scale. Running to more than 90 minutes, it’s a succession of seemingly disconnected patterns, with cello and piano mulling over a few chosen pitches, chords and articulations, maybe moving in and out of sync with each other, before simply moving on to something else. The cumulative effect is almost like experiencing the compositional process unfold before your very ears; and despite the apparent objectivity and detachment of the music, there’s intense subjectivity, too, in Feldman’s minute alterations to his patterns, and his often witty, telling choices as to how they succeed each other.

Fittingly, this is an intensely human performance. Both performers inject real life and enthusiasm into the work’s quicker music, with scampering lines jostling for our attention, while Feldman’s moments of apparent stasis are just that – eerie, near-silent landscapes populated by enigmatic, isolated sounds. Rohan de Saram and Marianne Schroeder take exquisite care in their playing of this almost exclusively very quiet music, encouraging listeners truly to immerse themselves in the world of subtle nuance that they conjure. Recorded sound is close and truthful – never distractingly so, but enough to capture the crucial minutiae of this elusive music. DAVID KETTLE