In this Health Matters article from The Strad, June 2009, the St Lawrence Quartet player describes the process of having her eyes lasered 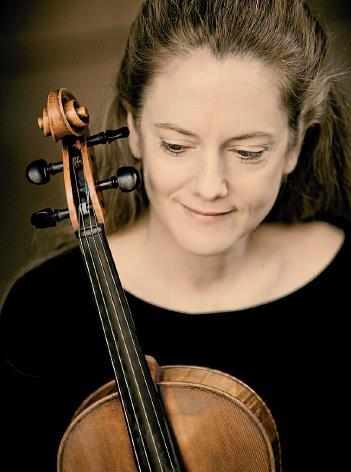 What made you decide to have laser eye surgery?

A friend had very good results when she’d had it done eight or nine years previously. I began to think about it more and more as the touring schedule of the quartet picked up – early mornings and late nights made contact lenses uncomfortable and I began to develop allergies to some of the preservatives in the lens solution. Performing with glasses sliding down my nose was no fun, and the limited peripheral vision was frustrating. Eventually I felt it was time to take the plunge.

When did you have the surgery done?

It was in 1999 while I was playing at a festival in La Jolla, California. There was a break of four or five days between concerts and I flew to Toronto to have it done.

Did you ever have any doubts about it?

Initially I had many doubts! But I explored the procedure rigorously and after a few years I became more comfortable with the risk. I chose to have the procedure done in Canada where, at the time, laser eye surgery was more widely available than elsewhere. The procedure takes just minutes, but it’s heart-stopping. As great as I thought the results would be, I realised then that I would never pressure anyone into having it done. It’s such a leap of faith and if anything goes wrong, it could mean a huge loss.

Can you describe the procedure?

When I arrived at the office on the day of the big event I was presented with a Valium tablet and escorted into the laser area. After dripping a few numbing drops in one eye, the doctor placed a small device, like the inner workings of a tiny music box, over one eye and under the eyelid, then turned a tiny handle in small circles to gently force open the eyelid. This was the only part of the procedure that felt uncomfortable. My eyeball danced around in its socket for about five seconds until it succumbed to the drops and, I guess, fell asleep.

I was then manoeuvred under a large machine and instructed to focus on a glowing light in the centre of my field of vision. The doctor said, ‘Don’t move.’ Believe me, I didn’t. The laser did its work in about 20 seconds. After the second eye was lasered I was helped to a sitting position. I glanced around the room, trying to find some previously unreadable script or picture on the wall. But all I noticed were clouds. I felt like a heavy fog bank had descended. ‘Yes, this is normal,’ the nurse advised me.

How was the recovery process?

It was pretty straightforward. In the early days I had to be careful, and there was a sequence of eye drops I had to use in the days just after the op to ensure proper healing. It took a while to become comfortable driving at night. This is because, as I understand it, a small rim of scar tissue forms along the incision line on the epithelium, and until the motion of the eyelid has worn it down (which in my case took six months or so) one can get a ‘starring’ or ‘halo’ effect around intense light sources such as traffic lights or neon signs.

Are you happy with the results?

The improvement in my sight was immediately noticeable but it took about six months to really settle in. I have not needed to wear glasses or contact lenses since August 2000. Only those who have spent decades under the drooping canopy of spectacles can fully appreciate the freedom in that.

Do you have any tension problems while playing?

I came down with tendonitis as a 17-year-old after a summer of intense orchestral playing – specifically, Bruckner symphonies. I was in love with those symphonies and attacked them with unbridled joy and ferocity. Unfortunately those pages and pages of triplefortissimo tremolo quickly exacted their revenge, and by late summer my hands were weak and my inner arms burnt, even away from the viola.

After six to seven months of careful adjustment to my viola playing, I felt the symptoms slowly fall away. I integrated an unwavering 45-minute warm-up regime of excruciatingly slow scales and etudes. As my practice sessions progressed I stopped at the slightest indication of pain or made microadjustments to relieve the area under stress. I eventually ended up with a right hand that relied primarily on gravity and body mass for sound production and a left hand that avoided tension and its colateral damage for a wider, less electric vibrato and a less jarring shifting technique. I also found that my viola slowly migrated across the horizon of my chest to where it currently resides – at about 10 o’clock, with nose to fingerboard. I’m still – mostly – injury free. So, in many ways, I am grateful to that tendonitis early wake-up call.

This article was first published in The Strad, June 2009. For more articles on string player health and wellbeing subscribe to The Strad or download our digital edition as part of a 30-day free trial. To purchase back issues click here.