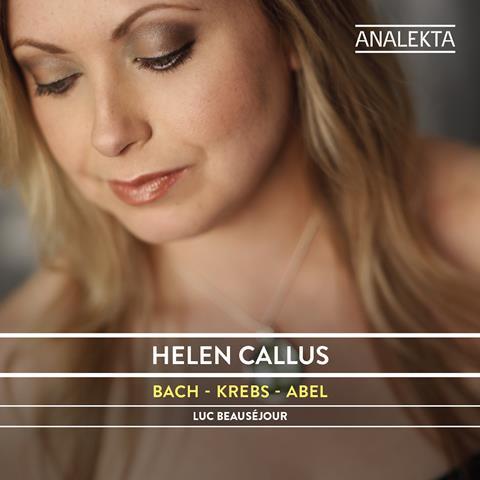 The sonatas for viola da gamba and harpsichord are arrangements made by Bach from some of his older chamber music (one of them was originally for two flutes and continuo), so there is nothing to be said against adapting them for the similarly pitched viola. Helen Callus has done just that, adding music from similar works by two of Bach’s students. Although the viola part can, except for a few notes, be played at the original pitch, Callus elects to transpose many passages an octave higher, thus privileging her part over the harpsichord, which is further handicapped by a recording balance that places it far back in the picture. Abel’s Sonata – a charming work on the north German slow–fast–fast model – fares best under this arrangement, since the harpsichord has a merely accompanying role.

In Bach’s pieces it can be hard to hear the harpsichord’s right hand, which should be on an equal footing with the viola. Callus plays in a stylistically aware fashion with plenty of nicely resounding open strings, and keeps mostly to low positions (though less so than a player would have done in Bach’s day). It is beautiful playing, but once in a while a loving glissando gives away how she would rather be doing it, were it not for the straitjacket of historically informed performance practice. I wish she had indulged herself more.