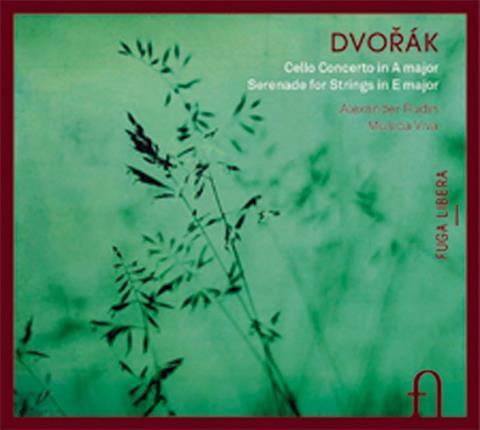 Listening to this early concerto, one can almost hear Dvorák asking ‘Why?’ Why, when he left it unorchestrated and unperformed, and told his students that he regretted its composition, should others think fit to complete the job for him? Fortunately this 1977 version cuts the original 55-minute work of 1865 down by a third, but Dvorák still seems to be operating on the principle of ‘why say something once if you can say it twice?’

Compared with the instantly memorable B minor Cello Concerto of 30 years later, this one makes little impression. The cello keeps mostly to its middle range, which at the time Dvorák declared was the only one to merit attention, and alternates between lyrical playing and passagework. Alexander Rudin is a tasteful advocate, not attempting to work unpromising material into something it is not, playing the theme of the Andante cantabile with an understated grace, and the finale’s waltz-like theme with lightness and charm.

In the String Serenade, Rudin draws a full, lush string sound from the Moscow-based chamber orchestra he has directed since 1988. The fast movements are brisk and fresh, enhanced by disciplined playing and a transparent recorded sound, with the Larghetto richly emotional. Only a slightly metallic edge to the high violin sound mars the performance.