Take the hostility out of string playing

Today's performers should remember that you don't need to be aggressive to make a searing point, argues Richard S. Ginell 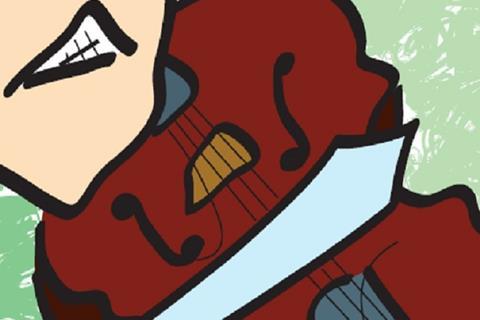 Not too long ago I walked away from a performance by one of our leading female violinists in Los Angeles’s futuristic Walt Disney Concert Hall feeling as if I had just been mugged.

She was playing the Mendelssohn Violin Concerto, and her conception had all kinds of fussy mannerisms that ripped apart the line and disrupted the pulse. She produced a tone that turned harsh as she dug harder into the strings, a vibrato that throbbed and wept. She looked angry as she played – and her body language reinforced that.

This wasn’t an isolated incident, for she took a similarly strident approach to the Sibelius Concerto at the Hollywood Bowl the previous summer, and to Sarasate a few summers back. Nor was she the only one, for I can recall many over-aggressive performances by other star players born after 1960 in recent months and years. Yet each performance received a wild standing ovation; the love pouring down from the seats was overpowering and, I think, genuine.

There may be something deeper to this phenomenon than some of us are willing to admit. We live in angry times, where the pace of life has been cranked up faster and harder than ever before, where one feels more out of control of one’s destiny. We are increasingly tied to the tyranny of electronics that follows us wherever we go; even when on holiday, the mobile phone and internet impatiently await our immediate attention.

As a by-product of our frantic lifestyles, rising musicians have been encouraged to go for what they can get as quickly as possible – and this urgency and hunger to make it, despite the paradoxical predilection for generally slower tempos in our time, may be coming out in the music. This fierceness might be making a profound connection with today’s wired audiences in the same way that people seem to accept and thrive on coarse amplification in cinema, musical theatre and rock concerts. Hostility sells, apparently.

Trouble is, the juiced-up, fragmented interpretations of today are often at great odds with the music, the bulk of which was written in and for simpler, less hurried, more contemplative times. The music was a reflection of a different world, where people had more time to read, think, absorb, let things grow.

Since the violinists of the past were closer in time to the works they performed, perhaps they were thus closer to their spirit. Moreover, and this is crucial, you can convey terrific emotional power and tingling intensity in an old masterwork without having to resort to abrasive timbres or distortions of the line. Listen to Heifetz. Listen to Milstein. Listen to Oistrakh or the young Menuhin. Or go to the concert hall and catch a throwback like Vadim Repin, for he is one of the few stars of our day who seem to understand that you don’t have to force your tone to make a searing point.

The world may be a more dangerous, revved-up place than ever, but why should Mendelssohn, Sibelius and their friends be made to bear the burden, too?

This article was first published in The Strad, August 2009.