No music student should be ashamed of failure

Failure can be an essential step on the road to success, argues Northwestern University viola professor Helen Callus 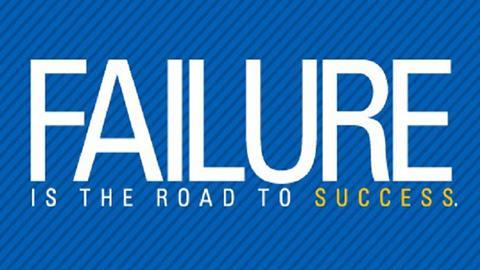 No one enjoys walking off stage with the awful sense that things couldn’t have gone any worse. You only need to experience that feeling once, before something in you either clicks into battle-station mode and you become a practice machine, or you jump on the emotional roller coaster of fear and doubt – and, in some cases, turn your back on a performing career altogether. But is it all just about finding better ways to practise?

Not everyone has to stand on a stage and perform in order to love and cherish music, but those with a deep desire to be performing musicians understand there is work to do that is not just about practising, but also includes changing one’s thinking about what failure is.

The inventor Thomas Edison once said, ‘I have not failed. I’ve just found ten thousand ways that won’t work.’ I recently had a student preparing for a major orchestral position who struggled with the idea of failing – even before he had taken the audition.

He was already afraid of how failure would affect him at the second round, and it prevented him from trying at the first. It can be hard for our students to understand that players who are ultimately successful are able to interpret failure as a source of information like any other, and use it in the same way they use their eyes and ears in their practice – to inform. Being able to separate your ego from the process is not easy, as what we do must evoke emotion. But looking at every element of the process as a kind of data collection leads to more experimentation and, research shows, ultimately more success.

In her excellent book 'InGenius: A Crash Course on Creativity', Stanford professor Tina Seelig talks about the ability to see problems as potential, and obstacles as opportunities, which leads us to become more creative in our solutions. The idea of ‘failure’, she argues, can actually be a great source of information that we often ignore, overlook or push away. With acute observation of these experiences, we can use them to our advantage as we brainstorm our practice. If we perceive failure as humiliation it can paralyse us from learning. However, the discomfort (or embarrassment) that goes along with missing a big shift in a performance is all part of what makes us much stronger, both as individuals and as performers, because it motivates us to action. Missing that shift doesn’t make you a lesser person, but it does give you clues as to what works and what doesn’t for you on the instrument.

Separating the ego from what we do as artists and performers can be extremely difficult, but it is as important as learning scales and having the stamina and mental focus to concentrate while playing an entire work or recital. It is critical to be able to see the work as ‘work’, and not allow it to define you as a person. If you can root yourself in the work itself, and pay less attention to its success or failure, things will change for the better in the long term. How we interpret information is as important as the information itself.

Mark Beeman, professor of neuroscience at Northwestern University, has found that people are more likely to have success in solving complex problems if they approach them with a positive mental attitude. Research conducted at Johns Hopkins University shows that the parts of our brain that are responsible for self-monitoring are turned off when we are being creative. So, by the act of being creative you can turn the volume down on the negative feelings associated with failure, allowing your brain to think more clearly and put together concepts without the distraction of emotion. Setting the stage for creative learning in our practice sessions is essential to how well we learn, and how successful we are in the long run.

As successful musicians we become accustomed to the view that the risk of failure is a part of performing. When you can come to terms with that, actually falling flat on your face is less painful – especially when you realise it is critical to giving you the experience and knowledge you need to perform better next time.

Read: 5 things you need to succeed as a musician, by Helen Callus

This article was originally published in the February 2017 issue of The Strad. Click here to login or subscribe. Alternatively, download on desktop computer or through The Strad App.