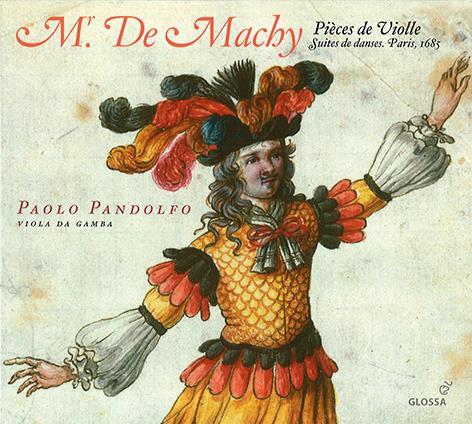 Paolo Pandolfo believes that scholars have grossly underestimated de Machy’s influence on his contemporaries and successors. He aims to set the record straight with these accounts of four of the eight suites that form the composer’s Pièces de violle (1685).

Shapely cadences are lingered over and melodic lines breathe with freedom and elasticity, especially in the preludes. The dances are sharply characterised, especially the solemn allemandes, the vivacious gigues and the chaconne of no.4, the contrasted plucked and bowed notes of which are also a pleasing feature in other movements of that same suite. Every inflection of Pandolfo’s nuanced playing has been expertly recorded in an appropriately intimate church acoustic.