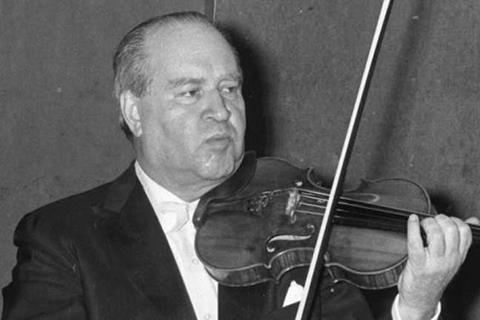 One of the preeminent violinists of the 20th century, David Oistrakh is often mentioned with the respect commanded by luminaries such as Jascha Heifetz. He was a key musical figure in the Soviet Union during World War II, premiering new concerti by Miaskovsky, Khachaturian and Prokofiev. After the war he was permitted to travel (his first foreign engagement was to appear at the newly founded 'Prague Spring' Festival), and over the next thirty years, he performed with most of the world's major symphony orchestras and musicians. He is known to have played at least seven Stradivarius violins and his extensive discography includes at least eight recordings of the Beethoven Violin Concerto, about fourteen of the Brahms and twelve of the Tchaikovsky.