Could listening to Beethoven be the answer to feelings of anger and isolation in the modern world? 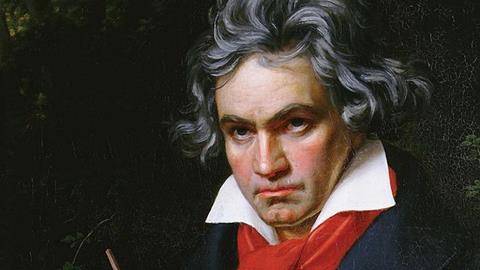 Could Brexit, the election of Trump, the deterioration of mental health, the rise of illicit drug use and addiction to smartphones be avoided if more people listened to Beethoven quartets?

Last month, as I sat on stage during the slow movement of Beethoven’s String Quartet op. 135, I became distracted by the audience. A silent purr had arisen from the group and a glow of quiet contentment and surrender hung in the air.

I was reminded of William Congreve’s famous quote about music being able to ‘soothe the savage breast’.

Anger is everywhere. Here in Australia we have experienced a rise in populist politics with many sections of the community feeling angry and disenfranchised. There is much ringing of hands and soul searching. Our government is desperately trying to address this by creating jobs at great expense to the environment.

It was recently asked, ‘What is the link between the Pauline Hanson voter (a Trump sympathiser) and their shunning of the arts?’

As a cellist in a quartet, that link is clear. The quartets of Beethoven articulate an infinite colour chart of emotions. When joy is expressed, our soul recognises that emotion and we source it from within. When Beethoven creates regret or yearning, we are consoled and we are healed a little. He allows us to safely investigate feelings of darkness with the knowledge that they are shared with people who have listened to him for hundreds of years. We sit in a concert hall surrounded by people who have come for similar solace. We also feel part of a community which is a common need to all.

I believe that the constant worship of screens is robbing many of us of space for reflection. When we have a spare moment, we scroll down newsfeeds but this will not bring enrichment or reassurance. I would like to add that I am as guilty as anyone when it comes to seeing how many ‘likes’ a publicity photo has captured on Facebook.

I became interested in the healing properties of classical music ten years ago when the Melbourne Symphony embarked on a project with Melbourne Assessment Prison which has a large opioid substitution programme. A handful of musicians worked with prisoners, composing pieces and performing together. When I played Bach to some prisoners, the intensity of its beauty was magnified. When a social worker asked a prisoner how my Bach Prelude made him feel, he said, ‘It makes me want to change’.

In response to all this, my colleagues from the Melbourne Symphony and Monash University (one of whom is my husband) had an ‘es muss sein’ (must it be) moment and formed the Fidelio Quartet to perform the Beethoven cycle over the next three years, with two concerts a year.

I believe that the journey of the Beethoven quartet cycle is the ultimate musical experience. Beethoven composed string quartets throughout his life making these 16 works a sincere journal of his intimate truths.

Edward Dusinberre of the Takács Quartet says in his wonderful book, Beethoven for a Later Age: ‘No one has ever written a group of works that pose so many questions about the form and emotional content of a string quartet, and come up with so many different answers.’

It is well known that Beethoven suffered a lot. There is much written about the misery of his health, his stomach ailments, his deafness and his mental health. Could it be that he wrote music with an innate knowledge of how to heal himself and his audience because he lived with such constant anguish?

To draw attention to the healing properties of Beethoven’s quartets, The Melbourne Beethoven Quartet Cycle is given in collaboration with Crohn’s & Colitis Australia. Beethoven suffered terribly from ulcerative colitis. He believed that his deafness was caused by the disease from his bowel reaching up into his ears.

Our younger son was diagnosed with ulcerative colitis when he was 18 months old. His childhood was punctuated by hospital stays and visits to doctors. At times, there was great darkness and desperation in our household. He is now 14 and enjoys superb health thanks to the brilliance of his doctor. He plays the piano and has just started working on a Beethoven piano trio (op. 1 no .1) in a school ensemble. He said, on first hearing the work, ‘I love it! It is as if Beethoven wrote this piece just for me‘.