String teachers should improve their own skills to help students improve, instead of going overboard with encouragement and hoping that the problems will fix themselves, argues Simon Fischer 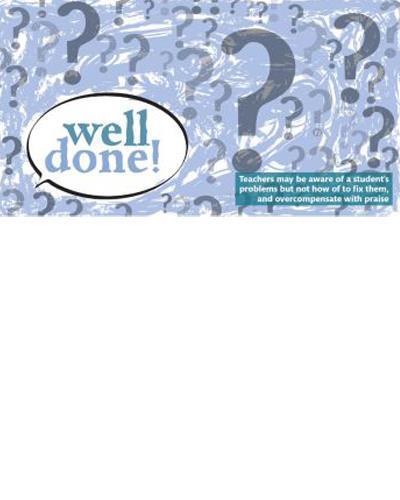 I was most interested to read Stephen Shipps’s comments about teaching in America (Opinion, May) and thought it was brave of him to raise the subject in the current climate of political correctness, which deems the detrimental ‘nice’ approach he describes as part of a good upbringing and society.

Of course, this phenomenon is not restricted to the United States. A few years ago a Swedish violinist visiting the UK asked if he could sit in on some of my lessons. My first was with a twelve-year-old girl playing the Prelude from Bach’s E major Partita. We worked for an hour with only one thing in mind: to use more bow by finding the musical expression in the feeling and sound of the extra length. Many times I stopped to explain different things: where in the bow to play, to keep the bow parallel with the bridge, to spread the fingers on the bow, phrasing and accentuation, and so on. It was hard work, but the musical progress was obvious.

Once the girl had left, the visitor leant back, crossed his arms, and said: ‘If you gave a lesson like that in Sweden you would be sacked on the spot!’ He explained that there the system is that you must be positive, supportive and encouraging at all times – and not drive a student beyond what they are doing. This seemed insane to me, at least in the way that he put it. Teaching is all about finding out where the student is today, where they could be tomorrow, and what the steps in between are. It’s not about being negative – it’s about being helpful.

The element of ‘nice’ teaching I would add to the debate is the way it acts as a protective smokescreen for teachers who, though they may be aware of a student’s problems, don’t always know how to fix them. In the apparent culture of being nice and supportive, and massaging a student’s self-esteem however poor the result, such teachers go overboard with encouragement – hoping that with time, if the student remains happy to carry on practising, these problems will vanish on their own.

It is not possible to generalise because there are always so many variables. But looking at it on a simplistic, idealistic level, if the teacher knew how to, surely they would simply fix the problem. When you know how, a problem is always easy to fix, especially as the same ones come up again and again. Plus each time you help someone, you get better at it. There is no need for false praise if it is possible to break the challenges down into smaller units, clearly and precisely pinpointing the adjustment or change that the student must make, and breaking down the journey – from where the student is to where they could be – into manageable steps. As long as this is the case, the whole process is all ‘old hat’ – in other words, the technical or musical gap is a known, defined thing, and so is the solution. You can then say to a student, ‘You can do it!’ with real honesty.

After 30 years of teaching he violin around the world, however, I can say that few students are taught the real ‘nuts and bolts’ of technique or music, how to practise or listen, and in some cases even how to hold their bow or move their fingers on the strings. While the teachers themselves may be excellent players and musicians, many violin lessons are actually music lessons, the assumption being that as the students learn pieces of ever-increasing complexity, their technique will automatically develop as it broadens to encompass each new demand.

In that sense, the generality of string teaching has not progressed beyond the typical teaching of bygone centuries, before the great treatises of Baillot, Flesch and Galamian were more widely known, when the amount of real technique that was taught seems to have been pretty minimal.

This leads to the common syndrome of the learning path being: at the age of ten you are playing elementary pieces slightly out of tune and with a not quite sweet, expressive tone, and you are tight all over. At 18 you are exactly the same in all respects but are now playing the Tchaikovsky Concerto. You have made progress, but you haven’t improved.

So I wonder if the approach that Stephen Shipps writes about, of teachers praising rather than criticising through fear of the students’ reaction, is actually entirely the fault of a teaching culture where everything is rightly expected to be pleasant. Or does at least part of the problem rest with the teachers themselves, who should attend even more to equipping students with the true minutiae of technique and musical performance, and solving rather than observing their underlying technical and musical problems?