Celebrating 20 years of Muti's 'Roads of Friendship' initiative, the performances by Italian and Iranian musicians take place in Tehran on 6 July and in Ravenna on 8 July 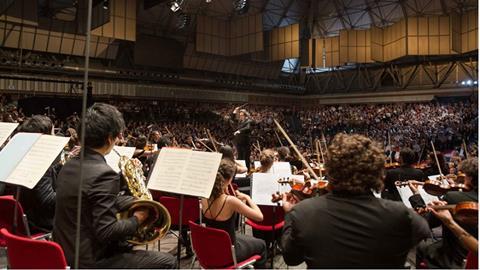 Conductor Riccardo Muti is to lead two joint performances by Italian and Iranian orchestral musicians in works of Verdi at the National Garden in Tehran on 6 July and at the Palazzo Mauro de André in Ravenna on 8 July.

Organised by the Ravenna Festival, the project aims to foster peace and friendship between Iran and Italy, and celebrates 20 years of Muti's 'Roads of Friendship' initiative, which was launched in 1997 to promote Italian orchestras abroad and to forge cultural links between communities.

Taking part in both concerts will be the Luigi Cherubini Youth Orchestra, musicians from the Orchestras of the Fondazioni Lirico Sinfoniche Italiane, the chorus of the Municipal Theatre of Piacenza and members of the Tehran Symphony Orchestra and Choir.

'When the world seems to be moving on the edge of a mysterious folly, drenched in violence and prejudice; when war, anguish and fear of the other seem to dry hearts up, there, unpredictably, hope returns, and the dream of a long-awaited encounter comes true: in the heart of the Iranian capital, East and West look at each other in the eye and shake hands. And, as is usual with the Paths of Friendship concerts, they do so in the name of an infallible common language: music.  Because each of us needs the other, and because the only possible future lies in dialogue: facing its dangers, obviously, but still in dialogue.'