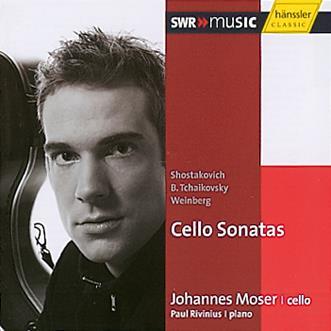 These are three sturdy works from the Soviet period. Moisey Weinberg (aka Mieczyslaw Vaynberg, 1919–96) and Boris Tchaikovsky (1925–96) both postdate the Revolution, but grew to maturity during Stalin’s cultural purges (the second of which Weinberg nearly did not survive).

Yet these three works were spared the worst excesses of Stalinism’s artistic assaults: Shostakovich’s D minor Sonata emerged in 1934, just before the balloon went up; the other two sonatas date from 1957–9, just after Khruschev’s speech initiated a brief but welcome liberalisation.

The programme is well chosen, for there is plenty of interconnection between works. Both Weinberg in his central Andante and Tchaikovsky (a Shostakovich pupil) in his large-scale opening Allegro engage in a form of mysterious, percussive repeated-note thrumming characteristic of some of Shostakovich’s finest work.

The Tchaikovsky is fascinating. The first movement’s intensity, something of an emotional outburst, contrasts with the impassioned lyricism of the Largo, to whose grandiose poetic declamation the twelfth (P.I.) Tchaikovsky Competition winner Johannes Moser brings a distinct nobility, benefiting from delicate contributions from Rivinius that are full of finesse.

The Shostakovich sonata, whose magical and profound first movement is the most brilliantly managed of all here, includes a fire-breathing Scherzo and almost emptied, spare Largo. From the Largo both players, by fine cooperation, spin memorable results, by turns violent and eloquent, both elements combining in the cheeky finale. The Weinberg is complex, intense, oblique and elusive, and the more rewarding for that. No wonder Shostakovich was one of his greatest admirers. SWR’s sound is agreeably forthright and well balanced.