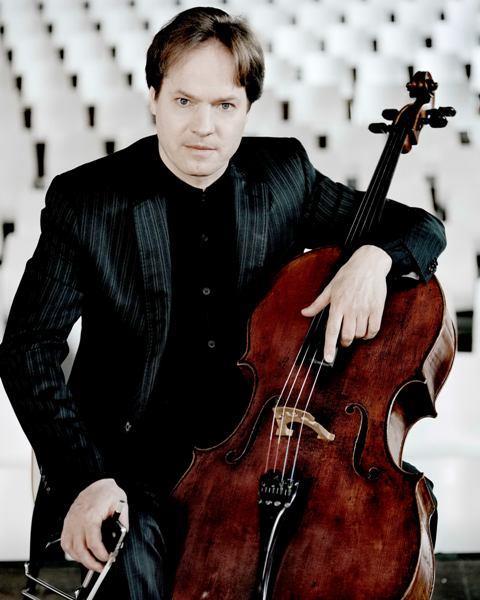 I was 25 when the Wall fell 25 years ago. For the first half of my life I built up my musical resources to be ready for the second part, to travel and perform in the free world. If I had continued to live in the GDR indefinitely, I would have withered. Yet if I had not had all that time cut off in East Germany, I don’t believe I would be the musician I am today.

After World War II the French school of cello playing, with figures such as Fournier, Gendron and Navarra, was very influential in the West. In the GDR we were totally shielded from this, and although there was Rostropovich, the Russian school was, in reality, quite far away from us. So my teachers relied on what they learned from the generation of German teachers before the war, like Julius Klengel and Emanuel Feuermann. We had a style and sound of our own – aiming for a clear and singing sound and giving the phrasing the biggest weight in musical expression. When I went to the Marlboro Music Festival in 1988, people said I ‘really played like a German’.

I was lucky to get one of the best possible jobs for a cellist in East Germany, as principal of the Staatskapelle Dresden, and I was totally absorbed in my work there until the Wall came down. I learned to be a leader in a section full of much older players, and there was even a political aspect to that, because I came from a metropolitan family and there were some pretty conformist political views in the orchestra. So I learned to be a leader without breaking relationships.

The Wall came down when I was on a Marlboro tour in New York. My reaction was disbelief. I think we were all slow to realise what was happening. When you live through big events, it is hard to understand what it all means. I went to Berlin and took a piece of the Wall, and we had a big party, but I don’t think we had any idea of the size and importance of what had happened and how much it would change our lives.