The American musician is recognised for his ‘outstanding work ethic, spirit of determination and great potential for leadership’ 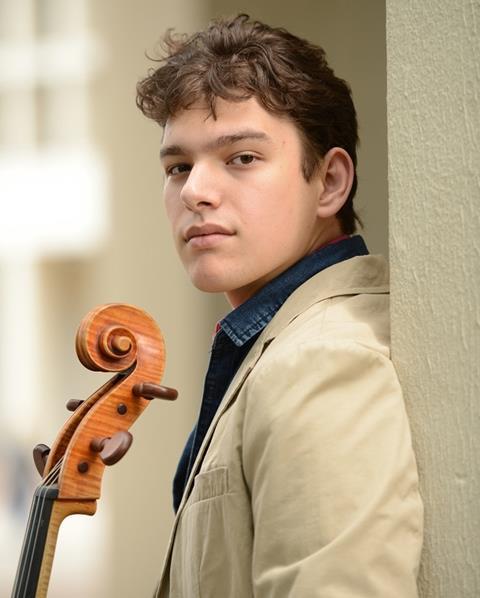 American cellist Gabriel Cabezas is to receive a Sphinx Medal of Excellence and is also awarded a $50,000 artist grant. Founded by the Sphinx Organization - a US non-profit body promoting black and Latino people in classical music - the annual awards honour ‘outstanding artists of colour who demonstrate…artistic excellence, outstanding work ethic, a spirit of determination, and great potential for leadership.’

Born in Chicago, 23-year-old Cabezas is a graduate of the Curtis Institute of Music, where he studied with Carter Brey. A winner at the 2014 Astral Artists National Auditions and the recipient of a Rachel Elizabeth Barton Foundation career grant, Cabezas has appeared as soloist with the Philadelphia, Chicago, Cleveland, New York, Los Angeles, Detroit, Houston, Pittsburgh and Nashville symphony orchestras. He has been first place Laureate at the Sphinx competition twice — in the Junior Division in 2006, and in the Senior Division in 2012.