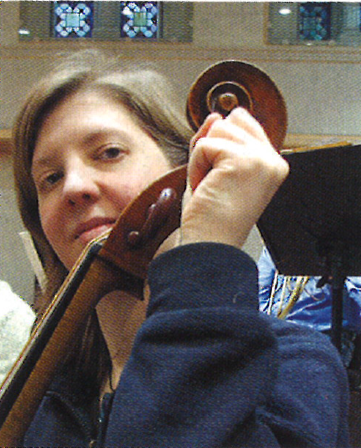 The big turning point for me came at the end of my second year at the Royal Scottish Academy in Glasgow. My parents had always been interested in developments in early music and there were lots of recordings of period performances being played in the house. We also played plenty of Baroque chamber music together as a family. I became very interested in the Baroque style of playing and found myself having different opinions from my teacher, Phillip Norris, with whom I'd studied from the age of 14. Switching to William Conway in my third year made me aware that you can discover a style for each composer rather than use a blanket way of playing the cello. He taught modern cello but he was aware of all the sources and the early styles of bowing, because of his background in the Chamber Orchestra of Europe and the work it had done with Nikolaus Harnoncourt.

I'd been taught to play late 18th-century pieces like the Haydn cello concertos with a big, sustained style, concentrating on tone production and vibrato, whereas William was teaching a language that was much more to do with rhetoric. He suggested more detailed phrases, using vibrato in a more interesting way and bowing much more inventively. His final, lasting piece of advice to me before I moved to London was: 'Always ask yourself if you can do it better.'

William gave me such a good grounding in historically informed performance that when I moved to do a post-grad year studying Baroque cello with Jennifer Ward Clarke at the Royal Academy, it wasn't so much a question of unlearning as expanding what he'd taught me.

I already had a Baroque cello as I'd kept my lovely old Benjamin Banks and had it baroqued when I upgraded to a modern instrument. Jenny was absolutely brilliant on the question of how to get the gut strings to speak. With a conventional modern set-up you tend to put the bow on the string and then start the bow moving to coax the sound out. With a gut string and a Baroque bow that approach doesn't work - the string chokes and you get a horrible grinding sound. She showed me how to start the note from just above the string, a bit like a pizzicato attack so that you immediately get the string ringing. You then just keep it breathing as you draw the bow across. She taught that the expression, the tone and the singing qualities all come from the bow - the left hand is more a mechanical device for stopping the strings.

Jenny was also very good at conveying the idea of each composer having a unique voice. When I was studying Boccherini she showed me the famous picture of him wearing his fantastically opulent clothes, with a huge bow tied around his neck, and explained that was exactly how the music should be. She was always drawing each of the personalities of the individual composers from the music.

One of the most important things I learnt from Jenny was a new way of practising. Everyone learns how to do slow practice, but she taught me how to practise slowly in an exploded way - a bit like having a microscope on the music. All the music, detail, articulation and expression is there, but exaggerated so that all the facets seem to shine more brightly. It's really useful, particularly when practising things like solo Bach when you've got such a lot to think about in each bar. She's a most generous musician and a painstaking performer and teacher in the best sense of the word. With her the joy is in the detail.

This article was first published in The Strad's July 2005 issue. Subscribe to The Strad or download our digital edition as part of a 30-day free trial. To purchase single issues click here.