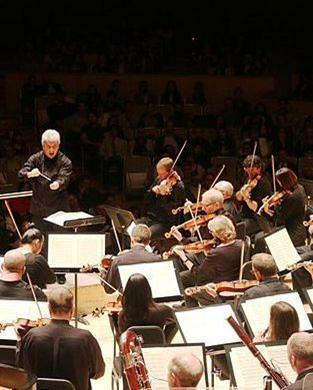 Canadian violist Stanley Solomon has died at the age of 97. Born in Toronto on 3 April 1917, Solomon initially studied violin at the Toronto Conservatory of Music before winning a scholarship to study viola at the Curtis Institute of Music in Philadelphia with Max Aronoff, Louis Bailly and Oscar Shumsky from 1939 to 1942.

He served with the Royal Canadian Air Force during the Second World War and toured Canada and Europe as concertmaster and assistant conductor of the RCAF Blackouts.

After brief spells in the Baltimore, Columbia and Toronto Philharmonic orchestras, Solomon joined the Toronto Symphony Orchestra (pictured) in 1946. There he served as principal viola from 1949 to 1983, and as principal emeritus until his retirement in 1988.