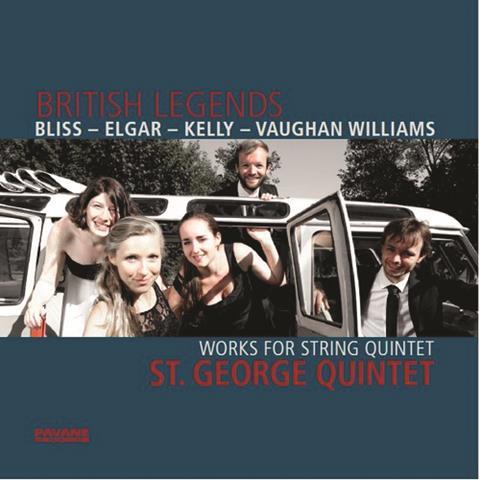 This is a curious CD, inspired by the music of the least well-known composer here, Frederick Septimus Kelly. He wrote his Elegy commemorating his close friend Rupert Brooke shortly before dying himself at the Battle of the Somme in 1916. The work inspired the St George Quintet to put together a performance of music and storytelling using this and other works from composers associated with the First World War.  Most of the works on the CD are arrangements, although only one arranger is credited – the quintet’s double bassist Bram Decroix. His version of Kelly’s work reduces it from ten string lines and a harp to the quintet’s format of two violins, viola, cello and bass. It is a bleak and beautiful work, modally tinged and full of fluttering accompaniment figures, played simply here and all the more effective for it. Vaughan Williams’s English Folk Song Suite is appealingly supple in this string form, particularly when treated with such expressive fluency and phrasing. With this line-up the bass is always prominent, particularly in the resonant acoustic. It is sombre in Elgar’s Elegy, and adds gravity to the severe opening of Bliss’s Music for Strings. Here, intonation is sometimes less than pristine, but there is some nimble playing and the complex emotional twists and turns of the central Andante are skilfully exposed.  TIM HOMFRAY