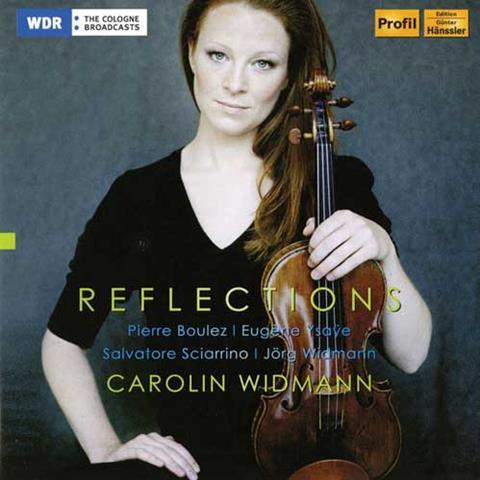 The Strad Issue: January 2015
Description: Violin wizardry in a recital that plays off works from different eras against each other
Musicians: Carolin Widmann (violin)
Composer: Boulez, Ysaÿe, Sciarrino, Widmann

Response to Carolin Widmann’s Ysaÿe is inevitably coloured by the modern works that surround it – maybe her own playing is, too. In light of what’s to come, Boulez’s verse–refrain play with trills and tones is positively restrained. Only Thomas Zehetmair and a few others have sharpened the manic edge of the Bach-obsessed Ysaÿe Second Sonata as she does, thinning down her tone to a glinting blade, and Sciarrino’s otherwise wispy little Capricci become studies in sonority after the manner of Ysaÿe’s ‘Dance of the Shadows’. Widmann gives full, Brahmsian weight to both the Fourth Sonata (written for Kreisler) and to the first of three studies by Jörg Widmann, her brother.