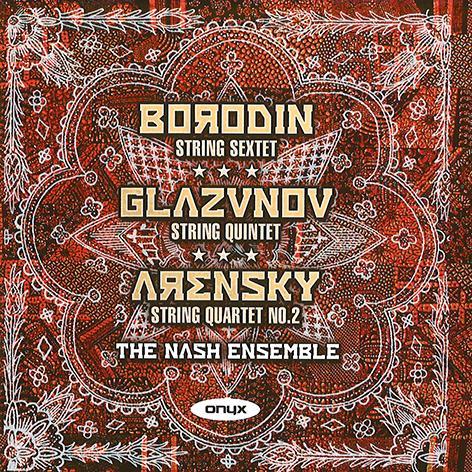 Unfortunately we only have the first two movements of Borodin’s D minor String Sextet (plus some sketches for the finale). ‘Unfortunately’ because what we do have is delightful. Written in Heidelberg, where he was studying chemistry, it’s thus an early work, which according to the booklet notes he described as ‘very Mendelssohnian in character and written to please the Germans’. The Nash Ensemble gives it a captivating performance, relishing its feast of delicious melodies and sophisticated textures.

Glazunov’s A major Quintet, with two cellos, is also quite an early work, substantial and constantly inventive. The first movement is busy, high-spirited and woven with melodies beautifully shaped by all the players. They bring a kind of jaunty nonchalance to the following scherzo, with its abundant pizzicato, and richness and intensity to the Andante. The finale fizzes with energy.

Arensky’s Second Quartet is a strange beast, with two cellos and just the one violin. The second movement, rearranged for string orchestra as Variations on a Theme by Tchaikovsky, is the composer’s best-known work. It’s a dolorous piece but an attractive one, performed with a perfectly judged depth of feeling. This is a wonderful CD, full of curiosities that deserve to be better known, all brilliantly played and superbly recorded.